Facebook has today announced that it has launched a new and smaller Android version of its app, called Facebook lite, for emerging markets.

Facebook Lite, which was being tested in a few countries back in January, is a new version of Facebook for Android that uses less data and works well across all network conditions. The app has been specifically designed for those many areas where networks can be slow and not able to support all the functionality found in the current, full version of Facebook for Android. 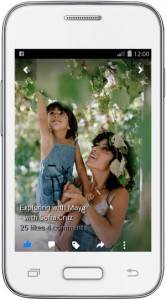 In a blog post announcing the new app, Vijay Shankar, Product Manager for Facebook Lite has said that “Facebook Lite is less than 1MB so it is fast to install and quick to load. It includes Facebook’s core experiences like News Feed, status updates, photos, notifications and more” and that the app “was built when for when bandwidth is at a minimum, ensuring that people have and maintain a reliable Facebook experience”

Facebook Lite will begin rolling out in countries across Asia from today and over the coming weeks will become available for download to parts of Latin America, Africa and Europe. The full version of Facebook for Android, as we all know, can be quite resource intensive, using a lot of data and power to render, especially with the increasing prevalence of timeline videos. This Lite version may well be popular outside of the target markets as well, so one hopes that if Facebook doesn’t make it available in our markets, we’ll find a way to get it anyway!

It does seem that some applications are overly bloated. Especially noticeable when they roll out updates so frequently these days! We should however be thankful that it’s not as bad as the apple version. I’m having to temporarily use an iPhone4 as my good old SGS2 got dropped in the ocean 🙁
The iPhone Facebook App is a whopping 90MB and the Messenger App 70MB!
My android tablet version is only 32MB and 20MB respectively.

Totally agree, that’s why I use the Facebook web app through Chrome on my Android devices…

Given the issues I fairly frequently have with network coverage, I could definitely see a demand for this in Australia. Once you get outside of the state capitals, coverage can be very hit and miss.