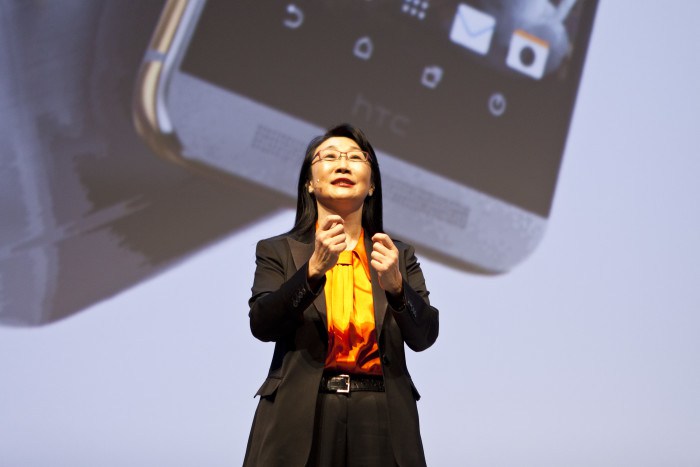 HTC CEO Cher Wang has apologised for the company’s poor performance in recent months during a investor meeting yesterday, saying that she attributed the poor performance to “poor operational efficiency and overly conservative marketing strategy amid fierce competition in the global market.”

The companies stock has in recent days fallen to a 12-year low of NT$98, compared to last month, where the companies stock was sitting at a 10-year low, so HTC’s investor meeting was a crucial time for Wang to attempt to appease investors with a strong outlook.

At the conference, Wang said that to improve the company’s smartphone business, the company will release a new “hero product” in October, whilst making further improvements in design and innovation for the next flagship.

Wang also said at the conference that HTC will improve its product mix strategy for smartphones and work towards reducing its production costs by improving production efficiency whilst optimising its component supply chain. Of course, this new comes as the company last month said that it would be cutting its order of components for the flagship One M9 by approximately 30% in response to weaker than expected sales of the device.

The problem for HTC has been that its current flagship, the One M9, has had weaker and slower than expected sales which have been widely attributed to the phone’s identical design to its predecessor, the One M8. The sales weren’t also helped by rumours in the first few weeks of launching the flagship smartphone, that the One M9’s processor it uses – the Snapdragon 810 – had overheating issues. Of course this was refuted by the Snapdragons maker, Qualcomm, with the company calling the rumor “rubbish” – but rumours, and some pretty compelling tests meant the rumours have persisted.

Chief Financial Officer Chang Chia-lin said that HTC increased research and development spend 4% to NT$13 billion (US$419.33 million) last year, whilst its marketing spend had dropped 19.26 percent to NT$26 billion from a year ago.

Cher Wang has said that the company recognises that it needs to improve its marketing strategy going forward, with Wang indicating that its ad campaign with Robert Downey Jr. didn’t have any sizable impact on sales and that it wouldn’t be renewing that contract. However the company will continue its investment in new R&D products such as the Vive virtual reality headset had been well received by the market.

It remains to be seen if Cher Wang can turn around HTC’s fortunes going forward based on these plans which do sound quite good, but its putting them from pen and paper into real life action that will be the hardest point for the company.

I bought the One M7 and M8, thought they were both brilliant phones, but passed on the M9. They just got too complacent and didn’t care. M9 camera simply cannot stand up to the S6 or G4’s camera, the One’s design is getting a little stale, issues with the processor heat issues loomed whether they were true or not and just a general feeling that this wasn’t much of an upgrade is what disappointed me. HTC will need a serious change in their flagship ‘hero’ device if the want to be noticed again. What they did this year just isn’t… Read more »

M10 or MX if they go roman numerals will be a chance to do something interesting I hope.

The other point which helps them fail, is end users learning that their HTC compact device is not going to be updated to current Android. That badly hurts the mid tier market, learning that those devices are to be relegated to the scrapheap like entry level bargain basement devices.

While flogship Hero Devices make a corporations Name and Image, it’s mid tier sales that are the real bread and butter for a company.

Yep, I’m another M8 -> S6 (edge) switcher. HTC used to be the Android manufacturer you went to for premium design, but the competition has now caught up and in all honesty other than design they don’t offer anything above and beyond the competition, so they’re left with no real selling point. Sony has design AND waterproofing AND battery Samsung has design (as of this year) AND screen AND camera AND specs LG has screen AND camera Motorola has design AND customisation (although they’re struggling to find something too) HTC has design AND…..speakers? But some aspects on the M9 aren’t… Read more »