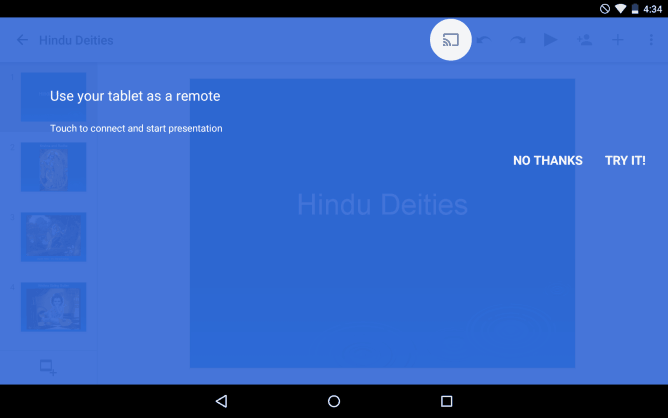 Google’s ‘update Wednesday’ which technically happens on our Thursday often sees some neat functions added to their apps. This week we’ve seen Google adding Chromecast support to their Slides app.

The ability to Chromecast presentations has been a long time coming, with Google adding limited Chromecast support to Slides on Google Drive back in October 2013. The latest addition in the Android app is much more functionally important.

Once you connect to the correct Chromecast on your network, the connection then displays a timer next to the connection – an easy way to keep an eye on how long those meetings are going for.

The update is now live in Google Play, so ensure you update your app.

Update:
According to the updated source post – AirPlay is included too.