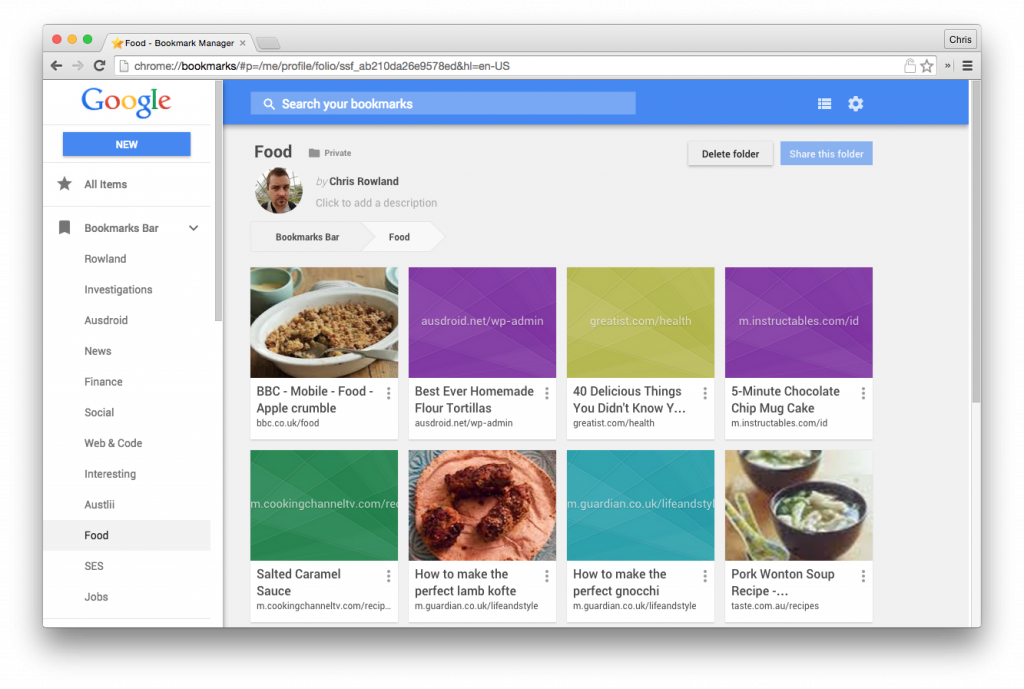 In a technological era where things are constantly moving forward, its rare to see a tech giant such as Google take a backward step, however that is what we’re seeing today. You may recall around December last year when Google replaced its old, stuffy bookmarks manager with something a bit more material design inspired, initially called Google Stars (you can see how it looks, above).

The new manager automatically organised bookmarks by topic, making folders redundant (but leaving the option there for users who wanted them). Bookmarks received an automatic thumbnail, generated by Chrome, and descriptions would be crawled from the bookmarked page, giving you some useful insight as to what each bookmark was if you couldn’t remember. In a move to boost social engagement, folders of bookmarks could be shared with other users, somewhat like Pinterest.

It seems the feedback has not been all-positive, though. The complaints centred primarily around the prioritisation of design — big images, material design animations, and so forth — over actual utility. Big squares for each bookmark, as you can see above, means that you can’t fit much on the screen, so lots of scrolling was in order for larger collections of bookmarks. Performance issues were there for some users as well .. and with that all adding up, Google’s Chrome team decided to roll back to the standard bookmarks: 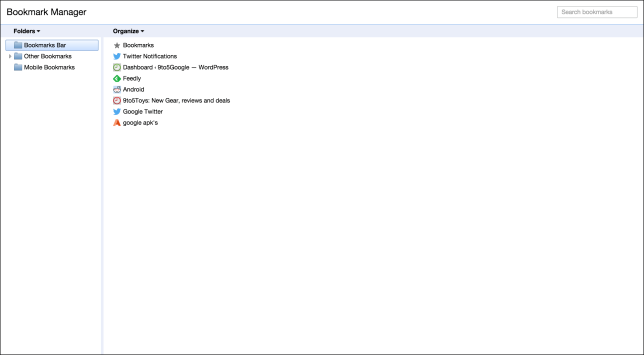 If you’re a fan of the new layout for bookmarks, you can keep it — its available as an extension in the Chrome Web Store. If you want to keep that look, we recommend installing the extension now, as the default bookmark option in Chrome will undoubtedly revert to standard bookmarks soon.

Interesting move, but frankly we can see why Google made it. The new design was visually appealing, but made the functionality of bookmarks that much harder to access.

Thank goodness. The new Bookmark Manager is one Google initiative that I did not enjoy.

Good. I keep losing bookmarks with the material ui. It is very non-intuitive about where the bookmark is being stored.

OMG, I just used to this odd stuff and Google went back again. Anyway, fine for me.