Fans of the open-source media player software XBMC, now known as Kodi can get excited today as the XBMC Foundation releases their Kodi app to Google Play with full unfettered access – no pesky Beta invites required.

After a fairly brief beta period – it went up in April – the Kodi app for Android is now available for Android devices, including Android TV consoles such as the Nexus Player, ADT-1 and Shield Console, with the Nvidia powered Shield Console getting a special 4K playback @ 60Hz as an extra bonus. Like Android TV, Kodi is built to use the 10-foot ‘leanback’ experience to ensure that the usability of the interface is optimised for use on big-screen TVs. There has been a lot of hype for this launch and the availability on Google Play sans Beta group membership is a bonus. 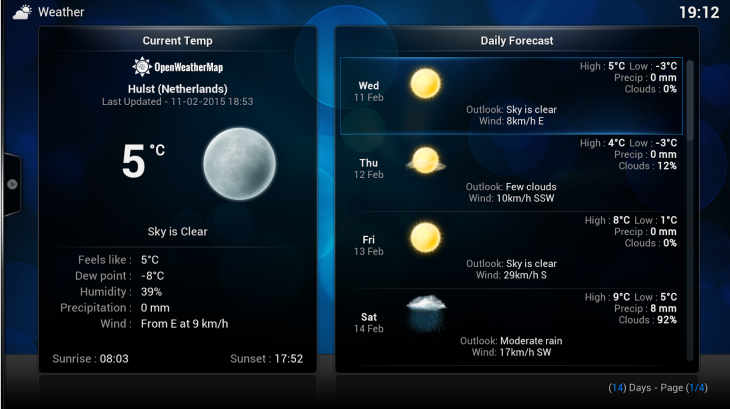 This release isn’t a full release with Kodi still referring to it as ‘Beta 2’ code-named ‘Isengard’ and if you’re into the nuts and bolts of the release there’s a full list of improvements from Beta 1 on the Kodi site. Suffice to say, if you want to grab Kodi for your Android or Android TV device, head over to Google Play and select the install button now.

kodi app v17.6 version are good or not used on tv.

Does it have Chromecast support yet?

I’ll put it on this GPad tonight.

Just reminded me I have a G-Pad – can’t wait to update it and get this app. What Android version is G-Pad up to now?

Can’t be too much longer – I did a quick Google search and it sounds like it may be rolling out slowly on Verizon. I hate that “shouldn’t be too long now” … I did that with my Xperia Z2 and that seemed to just go on and on and on … lol

Psst, typo in the title 😉 It’s (or rather was) XBMC i.e. Xbox Media Centre. Although I see you wrote it correctly in the article.