Hotel deal finding service HotelTonight has announced they’ve opened an office here in Australia, setting up shop in Sydney and has expanded their service to include deals here, as well as throughout the Asia/Pacific region and the Carribbean.

HotelTonight is a last-minute hotel booking service that will offer to find cheap deals for hotels. The company has been trialling their app in Beta here in Australia for the last month and has now launched officially. The service is available in Sydney and Melbourne initially, though they expect to expand to other cities over the coming months.

Australians are known to travel the world and have an inherent sense of adventure and spontaneity. Now, they can maximize that sense of adventure in exploring their own backyard, with access to great last-minute deals on fantastic hotels across the continent. In addition to being better able to understand and interact with the local community, our new office affords us the opportunity to establish a greater presence in the Asia/Pacific market as we continue our global expansion.

The app will apparently allow bookings from an overnight stay, up to 7 days in less than 10 seconds and partners here in Australia include the 1888 Hotel, The Darling, The Lyall and TFE Hotels Group.

The HotelTonight app is available now for download from Google Play, so if you’re looking for another service to book rooms, try out HotelTonight and see how it compares. 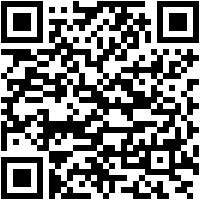