Twitter has been showing videos, animated GIFs and Vine videos inline for a while now, but according to Twitter, the static images aren’t a fantastic experience when trying to view real-time events, with several taps required to get them going – so from today, they’ll be auto-playing.

While the video will play instantly in your stream, it won’t auto-play sound unless you interact with it, and you should be able to simply scroll past if you’re not interested. Twitter is also making it easy to turn the auto-play option off, they’ve added instructions to their support page to help you turn them off, though at this stage it’s limited to iOS users with Android support coming soon. But, FYI :

How can I stop videos from autoplaying?

You can stop videos from autoplaying by changing the video autoplay setting. Your settings for video autoplay can be adjusted independently on twitter.com and your Twitter app (for example, you can set videos to autoplay on your iPhone and not on the web):

For the record, a quick poll around the office here determined that auto-play videos get a massive thumbs down, mainly due to bandwidth constraints. We’ll have to see what happens down the track with whether this remains a default always-on experience, for now though, if you don’t like it, make sure you turn them off. 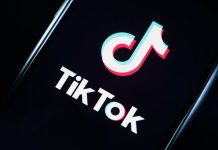 TikTok’s data harvesting may be more aggressive than you think