Expansys has advised us that they now have the Huawei Talkband B2 and Sony Xperia Z3+ available to purchase through their website. 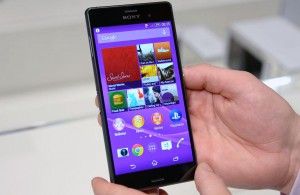 Sony Xperia Z3
The Xperia Z3+ is a new addition to the Sony range, based on the recent announcement of the Xperia Z4 in Japan, a step up or at least slightly up from their 2014 Z3 flagship phone which Chris is currently in love with.

The Z3+ comes with a few tweaks to the Z3 specification, including the controversial inclusion of the Snapdragon 810 processor. The full list of specs for the Z3+ include:

Expansys have the Sony Xperia Z3 available in either Black, Aqua Green, White and Copper for $949.99 + $20 delivery (depending on what type of delivery you select and location). 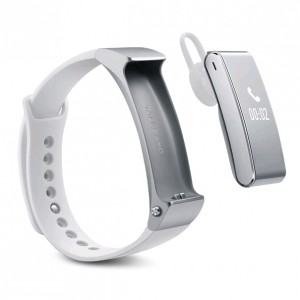 Huawei Talkband B2
The Huawei Talkband B2 was announced at Mobile World Congress in Spain earlier this year, the second generation of Huawei’s TalkBand devices which brings with it a new style and sophistication. The B2 comes with a built-in Bluetooth headset and sports bracelet. It also has a 6-axis sensor to track every move and even help you with your sleep by measuring your duration and deepness of sleep.

The B2 also comes with a dual microphone setup for noise reduction and knows when its in the band or when it’s being used as a headset and can redirect the audio from a call or music. it also can also act as a phone finding device for any Android phone by vibration or ring tone alert.

Huawei did state that the B2 had a battery that could last up to 5 days or a total of 6 hour talk time and 12 day standby time.

Expansys have the Huawei Talkband B2 available in Silvery White for $214.99 + up to $20 delivery (depending on shipping and location).

Are there deals worthy of you parting ways with your hard earned cash? Let us know in the comments below

No heart rate monitoring is no sale for the B2 for me, but reviews suggest a poor headset and average tracker – for that price you can good two good devices (sony/plantronics), Im waiting on the SWR12 cheaper and better. But very surprised about the Z3+, inspite of its known heating issues and software update to throttle the 810 to prevent from overheating!, you will definitely need its IP68 rating to keep it cool. At nearly $1K and throttled to last years Z3????, is this a good buy?.

If I’d not had PC expenses chomping about $600 over the past month or so, then I’d have pounced on the B2.