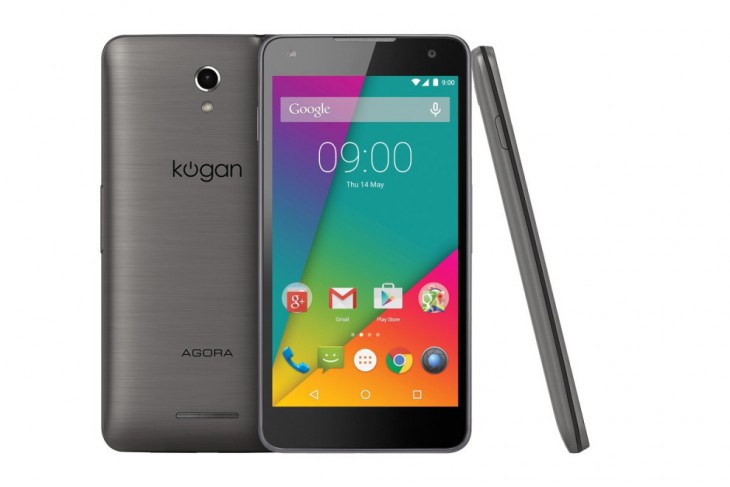 Aussie online retailer Kogan has been releasing new phones in its Agora line every few months for a while now, today announcing the latest Agora 4G Pro will ship on July 2 with pre-orders now available. The phone costs $299 and carries impressive specs for its price range.

You’ll also be able to live in the fast lane on Telstra and Optus’ 700 MHz 4G networks, and Vodafone’s 850 MHz. That’s in addition to the other standard Australian LTE frequencies (though you’re probably out of luck on Optus’ 2300 MHz 4G Plus spectrum), and 3G.

Running the show is Android 5.0 Lollipop – not the latest version of Android (that would be 5.1), but it’s also not far off. We haven’t seen OS updates for Kogan’s previous phones though, so that could be a showstopper if that’s important to you.

Will you be checking out Kogan’s new phone? Tell us in the comments!

you can get a oneplus one for that price

I bought a Kogan Agora (4g) 6 months ago. It looked good spec wise, quick delivery and the screen was quite nice. However, as a phone it totally sucked. Both the microphone and earpiece speaker were very poor in performance (comparing to my old worn Samsung galaxy s2). Reception and camera wasn’t much good either. I didn’t expect much for the price but if it can’t function as a phone then what’s the point. I sent it back and replaced it with a moto g2, which whilst not perfect, is a much better phone. I do miss my SG2, tthough.… Read more »

It doesn’t completely suck. If you just want something functional and cheap, not bad.

I’m still waiting for Yatango to ship me an Asus Zen phone. This thinks specs look worse for the same money.

you’re not likely to get much mileage out of that battery either.

Kogan should push updates to this phone considering the specs.

I would say for the money and the volume of sales, what you get is what you stay with.

should and will, are not words Kogan knows.