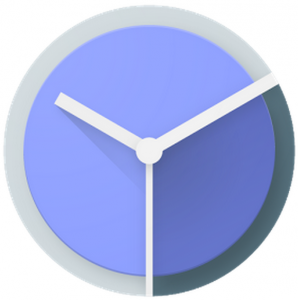 Google has been adding their core system apps to the Play Store for some time. The benefit of this is of course the ease of update beyond updating the entire system. The latest app to make the move to Google Play is the Clock.

With what Google describes as a ‘material design clock experience’ the Clock app makes for quite the fantastic looking and functioning clock app on your Android device. The app of course lets you set alarms, add timers, and run a stopwatch as well as check world times in the World Clock pane. The Clock app also has Android Wear connectivity allowing you to snooze or dismiss alarms from your watch.

The app is still seemingly lagging behind the Timely app in terms of cross device sync, despite Google purchasing BitSpin, the company behind Timely a year and a half ago. Still, with the app now in Google Play, that function can be easily added now.

If you have an Android phone or tablet and want the stock Android Clock app, you can now install it from Google Play.

I hope this does not mean the end of Timely

I still use a different alarm app for waking up in the morning. For some reason the stock alarm volume is tied to the media volume which I usually have quite low (as opposed to ring/notification volume) and I never hear it.

What is STILL missing from the puzzle is an official way, which works in KK and later, to fully remove the manufacturers junk, and fully replace it with these official Google apps.

EVERYTHING should be able to be disabled…….