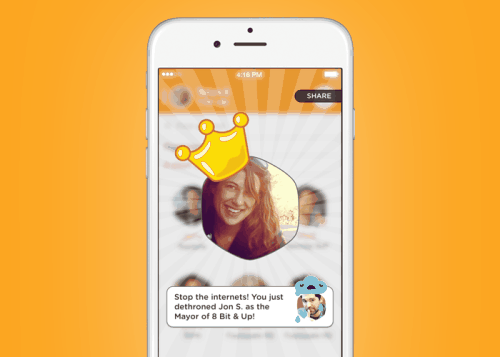 When FourSquare was still a single app, one of the fun things to do was to become mayor of your most frequented haunts. With the splitting of the apps into Swarm and FourSquare and their subsequent refocus, Mayorships went by the wayside, before making a re-appearance, but in a limited capacity that only allowed you to compete against friends – but no longer. Mayorships are Back.

FourSquare has announced that wide-spread mayorships are back up for grabs against everyone. If you’ve checked into a location more times in the last 30 days, a mayorship is yours for the picking. You can only check in once per day, and they’ve already been tallying check-ins for the last 30 days so your new mayorship is legit.

Mayorships are a great way to have some fun – or tell you that you’re frequenting that pub a little too often. If you love having a purely virtual political badge of office bestowed upon you, grab the Swarm app now and start checking in.