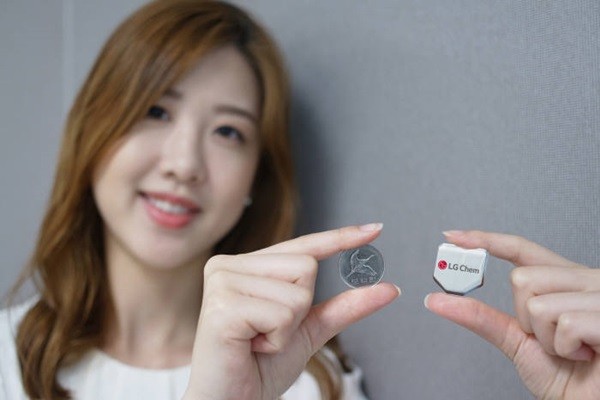 Obviously not content with ruling the smartphone market, LG have taken aim at smartwatch batteries next, unveiling a new battery design aimed clearly at the smartwatch market. The new battery, shown above, is hexagonal in shape (though in the picture, it doesn’t quite look that way), using new technology to fit more battery into a more useful space.

ETNews, which broke the story, reported:

Compared to previous rectangular or square batteries for circle Smart Watches, its use of space and degree of freedom in design are much better because its shape is similar to a circle. It can miniaturise products and it can increase battery capacity up to 25%. It is predicted that battery’s life will increase 4 more hours compared to previous ones.

Using LG’s patented ‘stack and fold’ process, LG were able to fit more battery into a tighter space using angles and corners to allow batteries to better fit a smartwatch casing. They’re working on other shapes too for different purposes, including an L shaped unit and a circular battery with a hole in the middle. LG have reportedly prepared for production to commence at the end of 2015, so we might (or should?) see these batteries powering Android Wear devices from next year.