Sony’s latest fitness band, the SmartBand Talk (SWR30) has received an update to its companion app, with Sony adding a bunch of new features, including the ability to connect to sync data to Google Fit.

Google announced a number of new partners on their developer blog yesterday, but Sony was definitely missing from the list. The updated app has begun arriving on handsets through Google Play and as well as the Google Fit also adds some new functions. The update allows the SmartBand Talk to scroll through content with the volume Keys, as well as adding voice search when you tap and hold a button for two seconds, and three new watch faces. 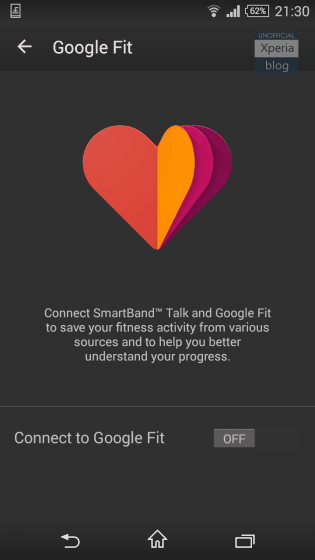 The update is live now in Google Play, so if you’re a Sony SmartBand Talk fan head across now and grab the update now. Shame on you samsung, just add google fit to ur S-health