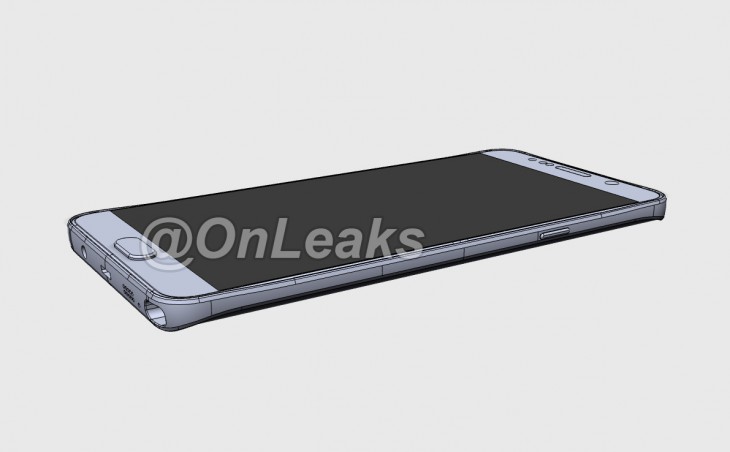 Since the original Stylus toting Samsung Galaxy Note first made its appearance back in 2011, Samsung has been announcing their large-screened ‘phablet’ each year at the German trade show IFA. With a month and a half separating us from the show, the leaks have begun, this time a purported CAD design video.

The video doesn’t show a device, rather just the CAD drawings that the phone would, if a true representation, will be based on. If the video is to be believed, the phone will measure between 152.22mm and 153.44mm tall and be between 76.11mm and 77.31mm wide, with a thickness ranging from 7.69mm to 10.20mm.

The phone will have the same power button on the left, volume rocker on the right arrangement familiar to Samsung Galaxy Owners and sport a similar design language to the Galaxy S6. This change is one that some will welcome, though if it means a removal of the user replaceable battery and microSD card slot that the Note series has been packing since its launch, there may be revolt in the Galaxy Note ranks.

IFA Press days are September 2nd and 3rd, and though we haven’t seen any invites to events, we believe that we will see a Note 5 announcement on one of those days, perhaps joined by a Galaxy S6 Plus handset that’s been rumoured. We’ll most likely see a lot more on the Note 5 in the coming month or so.