Google and Legendary Pictures have made an announcement at this years San Diego Comic-Con preview night, announcing a new app for Google’s Cardboard viewer.

The app will feature experiences from three films from the Legendary Pictures library including two upcoming films as well as another which has been adapted for Cardboard. The experiences include Warcraft: The Skies of Azeroth, Beware Crimson Peak, and a Pacific Rim-themed Jaeger Pilot experience.

The Warcraft experience will let users ride a Gryphon as its soars across the landscape from the upcoming film, while the Beware Crimson Peak experience will put you in the house from the Guillermo del Toro film. The last experience: Jaeger Pilot has previously been available on the Occulus Rift, but it’s been ported over to Cardboard, proving the versatility of Google’s VR platform. According to director Duncan Jones he was personally involved with the creation of the experience with the VR team saying:

I was obviously focused mainly on the film, but we discussed what kind of experience we could give the audience through VR. With this world building that we’re doing in the movie, is there something we can do that can give you that sense of world building in VR? …So we have this Gryphon flight over Stormwind. And anyone that does know Stormwind — I talk about it like it’s a real place; for me it is — will be able to recognize things. And those who don’t, it’s just a cool, fantasy experience.

The announcement also included Legendary announcing they would give away 50,000 Legendary branded VR kits at Comic-Con so you won’t be able to get one unless you’re in the US…much like the App which has only been made available in the US.

We have however grabbed the APK, tried it out and it’s pretty good. The actual experiences are quite large with Jaeger Pilot clocking in at 143MB, Warcraft at 445MB and Beware Crimson Peak at 397MB, so you may want to make sure you’re on a Wi-Fi connection before downloading. But, the 41MB APK can be grabbed from here:
Mirror 1
Mirror 2

It’s a pretty nifty app, and the necessity of having a cardboard viewer keeps growing to check out these cool apps. If you haven’t grabbed one yet, we recommend you do, head over to the Ausdroid shop where the Cardboard V2 viewer has now arrived. 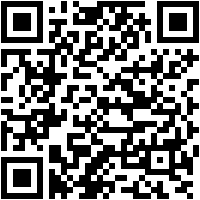 The Cardboard V2 viewer I bought from the Ausdroid shop last week is about 5mm too short to work with the Nexus 6. I had to modify it to allow the back to close and hold the phone without pressing the power button down.

You may want to update the description on the store to indicate that Nexus 6 compatibility requires a bit of hacking.

Can anyone recommend a cardboard viewer for an s4 s5? I’ve looked over at dealextreme but there’s just so many to choose from.

Thanks for the Mirrors.. i’ll definitely be giving this a shot (closet WoW fan 😉