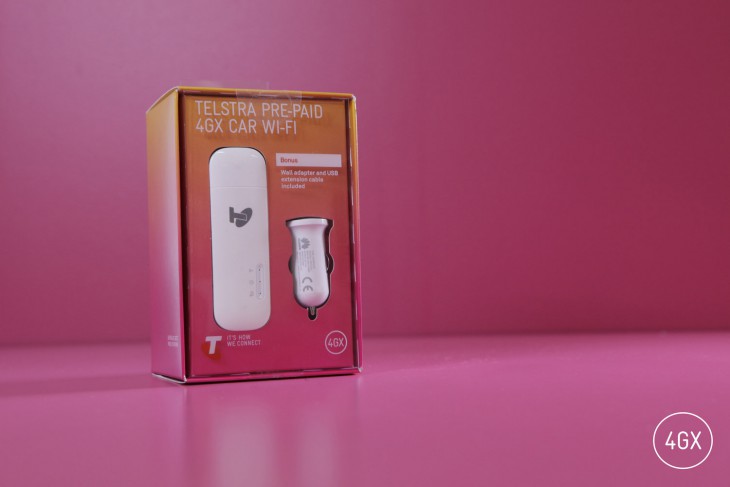 Telstra has today launched a new gadget for data hungry users to use in the car, offering a new high-speed hotspot for users to plug into their cigarette lighter in their car.

The idea isn’t new, it is at its core a simple cigarette lighter-to-USB accessor with a WiFi modem plugged in. Optus has done it previously, but it’s Huawei who really knocked it out of the park with their all-in-one Car-Fi solution they launched at MWC, but it sadly hasn’t made its way here.

But, this unit does have the advantage for Telstra customers of accessing the 4GX LTE network. Nick Broomfield, Telstra’s GM of Emerging Mobile Devices points out that with more than 2.4 million square kilometeres in this big land, this unit offers the perfect companion for passengers to use while you’re on a car trip or just commuting with the family too and from work, school or to events.

The unit also comes with a traditional wall charger, though it’s mainly going to be useful in your car, and it has a USB extension cable to make any tricky signal issues a little easier to solve by letting you move it around.

The Telstra Pre-Paid 4GX Car Wi-Fi is available right now in Telstra Stores or online for $79 which includes 3GB of data that can be recharged with Telstra’s recently launched Pre-Paid Mobile Broadband Data Passes. The only downfall is a 30 day expiry, something a little limiting, as it would be much more suited to car travel if the expiry lasted a lot longer, but Telstra do offer a 2-year 16GB option for those data hungry users.

If you’re interested, head into a Telstra store or over to the Telstra website to check it out.

So this is nothing more than a wifi USB modem and a car charger? Things we could have been doing for ages if we wanted to!

I have been running one of the older 3G usb/wifi models for the last year in this exact confuration, powers on with the car and my android head units connects as needed… Works a treat!!