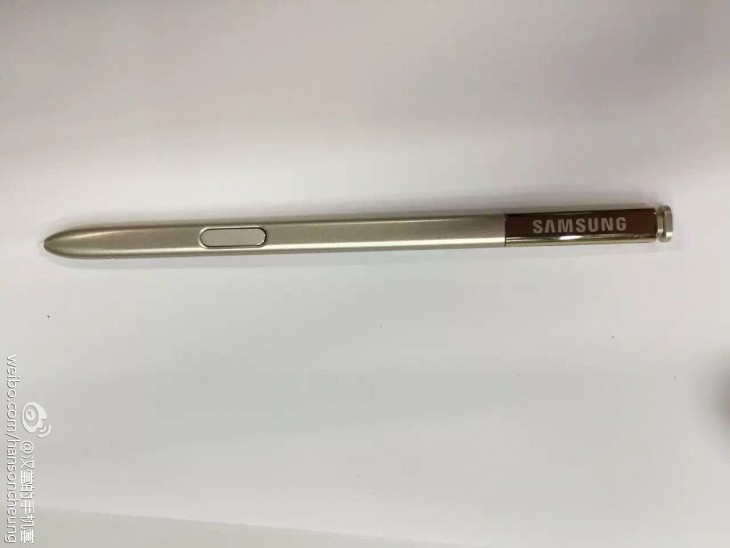 Samsung is set to launch the Galaxy Note 5 at some stage in the next month and a half, either at an event on August 12th as has been hotly rumoured, or at IFA as has been the norm for Galaxy Note launches, but as we approach, more and more about the phone leaks. This latest leak focuses on that distinctively Galaxy Note feature the S Pen which has shown up on social media site Weibo.

As you can see, the S Pen in the picture has a particularly shiny, almost metallic look to it, something in line with design changes within Samsung moving towards more premium materials on their flagship Galaxy phones. The S Pen also has what appears to be a retractable end on the pen, which may tie-in with a rumour that the S Pen will sit flush with the body when in the holster.

Samsung recently had a patent awarded, which would allow for electro-magnets to pull in, or eject the S Pen from that compartment, so this retractable end could be an initiator for the eject action.

We still haven’t officially heard from Samsung about any launch events occurring in August, or September for Samsung, but we’ll certainly learn more about the S Pen, and obviously the Note 5 then.