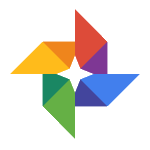 Announced at Google I/O this past May, Google Photos is at its core Google+ Photos, with a few differences. But as part of the transition it’s clear that one of the two has to go and Google has announced that Google+ Photos is being retired on the 1st of August.

Starting with the Android service, Google will eventually move on to shutting down the service on the Web and iOS. The transition to Google Photos has been going on for a while, with Android users recently beginning to see a prompt in Google+ Photos to download the new app.

All your content, photos (including those Auto-Awesomes) and videos from Google+ Photos are now available in Google Photos, so there shouldn’t be anything missing.

If you haven’t updated on Android as yet, head over to Google Play and grab the new Google Photos App now.