Home News and Editorial Huawei watch and packaging show up, even the box looks premium 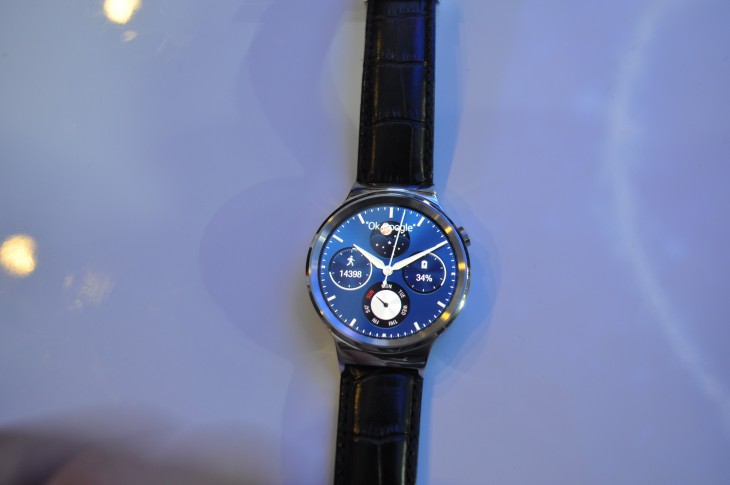 The Huawei Watch is still one of the better looking Android Wear devices currently announced, but with rumours of issues with the software delaying the launch we’re rapidly seeing interest in the watch wane. The Watch is still in the news though, due to a leak from an Italian site, which shows the Huawei Watch not only looks the business, but will come in a premium package as well.

When Huawei unveiled the Watch at Mobile World Congress in March, it was quite well received generating an insane amount of social media requests to check it out in person, which once it made its way to the MWC show floor we did. The Watch is a beautifully constructed device and feels great, it also looks fantastic and has a premium air to it, as does the packaging which HD-Blog managed to get a few pictures of.

The range of Android Wear devices we’ve seen so far have some times gone for a more premium look, the Moto 360 and LG Watch Urbane are two that immediately spring to mind, but their packaging has been very phone-like in appearance. This premium packaging is in line with the care that Huawei took with the design of the watch when they employed team of traditional watch designers to create it.

The Hauwei Watch will come in three colour options – gold, black and silver – with a range of options for the strap. The Watch has a 1.4″circular 400×400 display, offering a pixel density of 286ppi packed behind a sapphire crystal lens cover — and it works even if you’re wearing gloves.

We’re hoping to hear more about the launch of the Huawei Watch here locally, rumours persist of a global launch in September, so we may have a while yet to wait to see this stunning design in the wild.

why waste money on packing when u can instead reduce the pricing, make that special packing optional for gift wrapping purpose

It’s all part of making it a bit special. Making it feel like a piece of jewelry.
You buy the sizzle as much as the steak.

And the box is just cardboard with a bit of satin cloth anyway.