Woolworths has apologised for an incorrectly placed graphic of the Smart Mini 4 that was in fact NOT the Alcatel 2052. 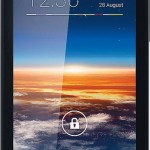 Specs for the Vodafone Smart Mini 4 (Alcatel 2052)include:

The second smartphone is the ZTE Fit Smart 4G which we have reviewed previously and found wasn’t too bad given the price point the smartphone was aimed for. The inclusion of support for Optus’ 700MHz LTE network makes this phone an absolute bargain. 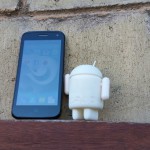 In case you may have forgotten the specs the Fit Smart 4G smartphone is packing, full list of specs includes:

Given the price markdown of $49.50 for the ZTE Fit Smart 4G, which is essentially half price, along with the $9 price tag for the Vodafone Alcatel 2052 (Smart Mini 4), both these deals are not too bad if you’re in the market for a relatively cheap mobile phone either as a spare phone or a new phone for the kids perhaps.

It’s pertinent to point out that both phones will be locked to their respective networks, but they’re still a great deal.

Both mobile phone can be purchased through your local Woolworths Store from this Wednesday 29 July for 1 week (ending Tuesday 4 August 2015) either while stocks last, which you may want to check with your local store for stock.

Errr… I think Woolworths have made a mistake. The Alcatel 2052 is not a touchscreen smartphone, it looks like this:

ausdroid should do a bit more research before posting such claims as:

Have Woolworths messed up the model number with the description of the Alcatel device?

Woolworths have the correct model number in the catologue “2052” with specs and picture of a smartphone?