Home News and Editorial Google backflips and apologises after contractor threatens to remove gay bars after... Google has been forced to apologise after one of Sydney’s flagship LGBTI venues tried to update its listing details on Google Maps. 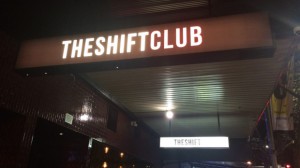 Staff could not believe what they were being told and sought further clarification to which the promoter of the Shift Bar & Club, Ash Doran, posted on Facebook that “I cannot believe what I am hearing,” going on to say “In a conference call at the moment with Google as they are advising that they are removing Midnight Shift’s google page ‘because its a gay bar’ and Google ‘no longer supports gay bars’ and they will be doing it to other gay bars.”

In a late night post, according to Mr Doran stated that the contractor confirmed Google’s supposed stance, declaring that gay night clubs did not meet the company’s “quality guidelines”.

The posts have seen been removed but not before the story was picked up by the Sydney Morning Herald and FairFax Media who contacted Google Australia where a spokeswoman confirmed the incident had unfolded, however continued on, apologising for the incident saying “We’re truly sorry that this happened,” she said. “Gay bars are welcome on Google Maps, as they have always been. We’re taking immediate action internally to make sure this doesn’t happen again.”

Given that Google has always been a huge supporter and pioneer of lesbian, gay, bisexual, transgender and intersex (LGBTI) rights both socially within the community as well as at corporate level, with the company also listed as part of the 484 organisations showing their support for marriage equality.

An apology had been given to the Shift Bar & Club through Google employee Andrew Ure who said that “We’re truly sorry that this happened. We’re big believers in diversity,” he said. “We will make sure the Shift’s listing stays proudly up.”

It has been since confirmed that the employee who advised the Shift Bar & Club of Google’s supposed stance with gay bars was a contractor within a contact call centre in India, which is not uncommon given Google usually use external contractors to staff international help desks in other countries and may also work alongside employees who work directly for Google.

Since the article has also gone live on SMH website, Ash Doran has posted a Facebook status which states:

“After so much controversy surrounding the post last night involving google and the shift, I have decided to remove the post from my page. Google acted appropriately and has promised to ensure that this doesn’t happen again to any other business. To all of the people who said “Google can’t be blamed”, it is of my personal opinion that companies are responsible and liable for the people they hire or contract. If they cannot ensure that their company policies and ethos are carried from directors, to management, to call centre staff to the cleaners that mop their floors, then they cannot say that their policies are worth anything unless they take appropriate action to correct the issue immediately. When one level of the company is unresponsive you have no other option than to take it to the next level.”

SMH has tried to contact the business owners for comment regarding the issue with Google, but none as of yet has been given.

tbh there’s no valid reason to ban anything like this. brothels, adult stores, gay clubs, etc, will all show up in a Google search anyway.

I work in support for a big software company for 15+ years and I am a believer that issues happen everywhere in life, so its more the response to the issues that is important and it seems Google has done the right thing when made aware of the issue. But as the facebook message is reported in saying, part of the response is to make sure the corporate messages is distributed to the whole of the company, including call centers!