After a couple of teases on social media, Sony has today launched two new phones in their ‘Super mid-range’ category, bringing great camera, design, battery and performance to phones on a budget. Xperia M5
The Xperia M5 builds on the M4 Aqua which launched in Australia today, but has been seeing success overseas, improving on specs and features such as the camera. The M5 brings an even more impressive 21.5MP rear camera to the M series, that also offers a 5x Clear Image Zoom to get you close to the action without sacrificing quality.

The M5 has moved the 13MP camera from the M4 Aqua to the front of the phone to bring you one of the best ‘selfie’ phones on the market.

The M5 comes with a 5″ FullHD display powered by the Mobile BRAVIA Engine 2 with a 64-bit 2.0 GHz MediaTek Helio X10 octa-core processor and 3GB of RAM under the hood. The M5 also comes with 16GB of storage, but offers the option of using up to 200 GB microSD card.

Even with no ‘Aqua’ affectation to the name, the Xperia M5 comes with a waterproof rating, offering IP65/68 with the same capless microUSB connection offered on the previous model. The IP rating offers dust and water protection, so if your phone gets dirty, simply wash it off. 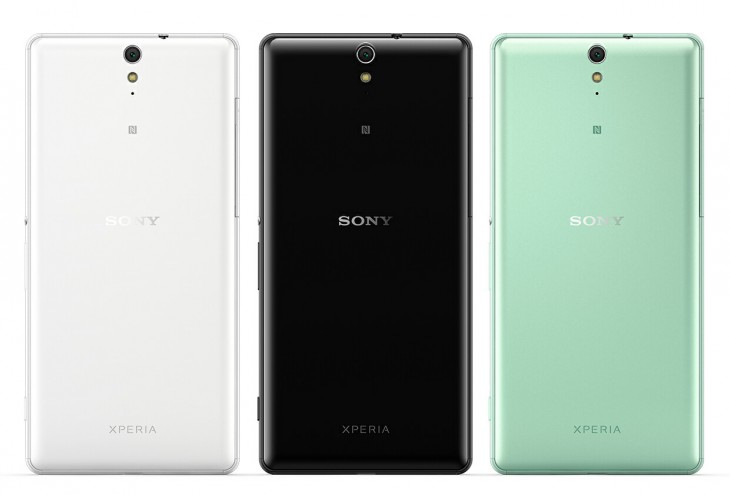 Xperia C5 Ultra
Described by Sony as ‘the all new PROselfie smartphone’ the C5 Ultra has a lot to live up to. The C5 Ultra gives customers a chance to grab a phone with a beautiful 6” FullHD display with IPS featuring Sony’s TV technology Mobile BRAVIA Engine 2 but with 13MP front and rear cameras both of which feature Sony’s Exmor RS sensor.

The Exmor sensor offers HDR for picture and video, as well as Auto scene recognition presets to give great results on Auto mode. The Front camera is enhanced by a 22mm wide-angle lens and front-facing Flash module to help you fit everything in the frame and get that selfie no matter what time of day or night.

The Xperia C5 Ultra is powered by a 1.7 GHz 64 bit Octa-core processor with 2GB of RAM and 16 GB of storage with options to add up to 200 GB microSD cards.

Was about to buy an M4 but now I need to wait and see what it will cost to get an M5 shipped here, addresses my main concerns with the M4 – The display and the ovedheating with the snapdragon processor – so it may be worth waiting a couple of weeks

Release the damn Xperia z4 tablet to Australia already!! Why has Sony given up on us

Has this just superseded the announced today M4 Aqua? – no wonder Sony cant sell phones they make it easy for people to not purchase their existing models?, need to learn from Apple, maybe.

Highly doubt it. M4 was only announced in March and released in June. Just a more premium offering in the ‘M’ range it seems. It will almost certainly be more expensive also.

I think you are right – its not plastic as i thought, its omnibalance metal sides with glass front and back – so its definitely premium (midrange). Nice specs so far – cant wait to read the reviews, but I like it already.