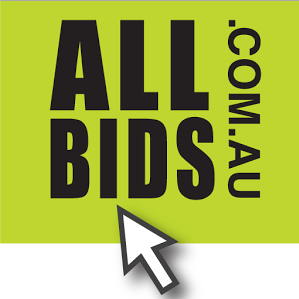 eBay may be the king of online auctions internationally, but locally here in Australia there’s a number of contenders. Australian online auction site ALLBids, a Canberra based site established in 2002 made their name selling Government surplus by traditional Auctions but moved to online auctions in 2004. Now eleven years later, they’ve released an Android app.

The app is a version 1.0 release, but it does offer all the features you could want from an auction app. You can login to your existing account or create a new one, view and bid on auctions and review your purchases. There doesn’t seem to be much in the way of a ‘Saved Search’ function which is a winner on the eBay app, but it’s a bare bones initial release so give them time.

Design wise, as you can see there’s no attempt to even give a passing nod at Android or Material Design guidelines. Even though they don’t appear to even have an iOS app if I was asked, I would say it’s more an iOS design than anything even passingly Android focused.

There’s all sorts of terms and conditions you should read up on before you jump into the ALLBids app – 12.5% buyers premium etc. But if you’re after some ex-Government IT goods, Wine or AFP recovered goods, this is a pretty great site.

We’ve had previous mentions of ALLBids on Ausdroid, with the company hosting the auction of special edition Raiders jersey’s on behalf of the Huawei and Tour de Cure.

If you’re a keen auction hunter, then you should definitely head over to Google Play and check out the ALLBids Android app right now.

The app was not found in the store. 🙁
Go to store Google websearch
Source: AllBidsGoogle Play.
Thanks: Paul.