Home News and Editorial OnePlus doesn’t seem to have much to worry about with more than... 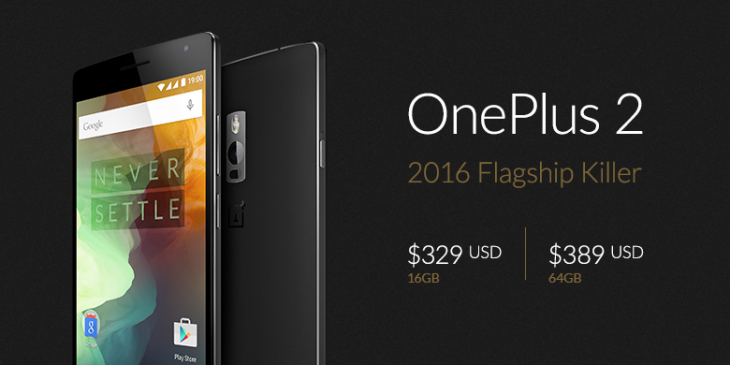 Want a OnePlus 2? Well, hopefully you got in early on the companies invite system – because the waiting list to purchase a OnePlus 2 has grown, blowing out to over 2 million people in the queue.

Like all of their announcements, OnePlus has been happy to spruik this latest number on social media where they’ve amassed a huge number of followers on all the networks. The one-million milestone was a pretty big one for a company who only sold a cumulative 1.5 million OnePlus One phones, so with a waiting list numbering over 2 million people, it’s safe to say that even with some controversy surrounding some of the components not in the phone, their ‘second album’ is on the way to becoming a success.

OnePlus will officially begin sales for the OnePlus 2 on the 11th of August, so if you’re on the list and are lucky enough to be first, you may find something shiny in your mailbox soon.

I reckon that less than half of the 2 million will have the patience to wait. By the time they get to 1 million there will be Nexus phones, Motorola, Alcatel and ZTE phones to buy without the need for an invite…

and will have NFC, quick charging, qi etc…

Gah, I’m already bored of hearing about them! (Not your authoring Dan ;)).

It’s just a load of hype, but have they really cancelled all those dupes created with bots/scripts.

Heh. It’s a lot of hype, now to see if the reviews stack up. Hoping to get hands-on with the phone soon

OnePlus really know how to create a buzz. Good on them.

Buzz yes…. but being able to deliver? Not so well.