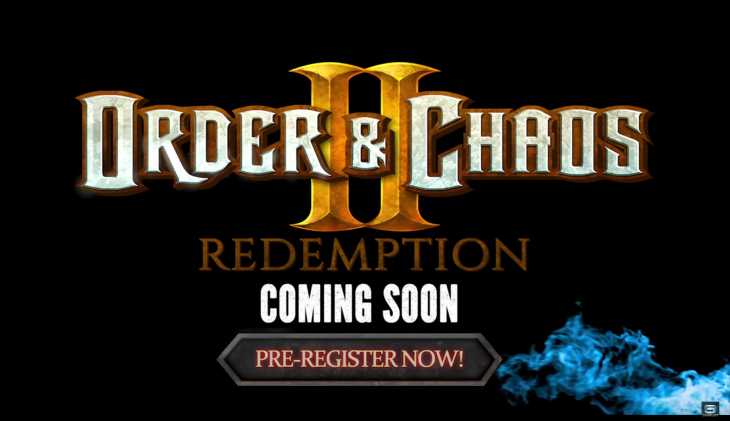 The new game will be called Order & Chaos II: Redemption and looks to be pretty darn cool, though the launch trailer is fairly brief there is a story synopsis on the pre-registration website. The story goes:

In the eyes of the gods, there is no time, no judge, no order, and no chaos. Everything is eternal and there is only existence. Our lives are part of a cycle. We must experience what we can and learn from it.
At the end of Order & Chaos Online, the secret of Khalin’s Hammer and the location of the Primal Heart were discovered by heroes. With the power of the Hammer, the heroes sought to destroy the Primal Heart in order to put an end to all evil and save the world of Haradon.
But they were all deceived.
The destruction of the Primal Heart led to a cataclysmic event that destroyed the world, with the heroes dying one after the other. Evil had won and retreated temporarily. 600 years after these events, the world once again flourished and heroes began to be reborn into this new world — in their quest to save it from the coming evil and redeem themselves.

So now you know what the basic game is about, it’s time for that trailer:

There’s not a lot of information out about the game as yet, though the guys over at DroidGamers appear to have a few inside details on the game and say it will have some interesting new additions and there’s some other cool features coming in the game too.

so is oac2 going to be available tomorrow on google play store? today is the 16th Sept. in Australia.