The feature is the first of its kind in Australia, though Vodafone is apparently in the process of making the feature available for their customers.

Wi-Fi calling is operated through an app available on Google Play (and iOS) for devices running Android 4.0 and above, though Calls and text made using WiFi Talk will be charged to your mobile bill at the same rates as your normal mobile rate plan.

The app requires fairly minimal setup to use. Once you’ve installed and opened the app, simply specify your Wi-Fi hotspots at your office, home, school or wherever and you can then begin making calls through the app. The app simply connects to the Wi-Fi hotspot when in range to give you access to calls.

Wi-Fi calling features a hand-off to mobile networks once within range of a tower, though we haven’t had time to test whether this will be a seamless handover with no loss of call signal as yet.

One interesting thing to note, is that you will have to enter an area code for every call made using Wi-Fi calling – 02 when in NSW, 07 in QLD etc.

According to Optus, Wi-Fi calling uses only a small amount of data from the WiFi connection, estimating around 300 kB/min when making a call, and around 80 kB/hour when the app is running in the background.

To take advantage of Wi-Fi calling on your Optus plan, simply head over to Google Play, download the app and set it up using the handy guide and start calling. 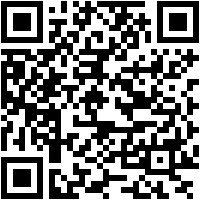 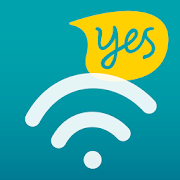 What about receiving calls … this seems more important to me if one is in a low reception area … you can always make a call with a data app (hangouts/viber etc) but people trying to get hold of you don’t know to do that …. they just go to your voicemail if you are out of reception

“Calls and text made using WiFi Talk will be charged to your mobile bill at the same rates as your normal mobile rate plan.” Sorry, but why the hell should I be paying when the call isn’t touching their cell towers? These are exactly the types of calls that should be free, since Optus are only doing a little automatic switching. A little more foresight and it would be a whole lot more use – using home and work wifi for calls most of the time and only going cellular when needed would make it practically sensible to drop the… Read more »

The market for this product is people with poor optus service. Just cause its on wifi, doesn’t mean the calls become instantly free, the call still needs to be terminated at the receiving end, which there are costs for this.

Don’t have poor service at home or the office? Then nothing to see here, move on.

Point is, wifi calling enters a world where calls are free. To attempt to charge for what amounts to hanging the mobile phone number address on a whatsapp call is a con.

If they can do calls within the same network being free, they can certainly make wifi calling free.

Its not ‘free’ even once it enters their network. Someone has to pay for all that gear!

If you’re roaming overseas and use this how is it billed? As a local call? Or can you just not use it overseas?

Can’t use outside Australia. It says so when you set it up.

Wonder if you could get it working wile connected to a VPN that is in Australia..

Interesting thought… Depends how it does its geo checking. If location is based from the IP address, then yes this will work. If done from the cell towers, then not so lucky. I have a feeling it will be the later.

Won’t work if rooted. I got a message saying “Looks like there’s an issue with your device. This app will only work on valid Android installations.” I have a note 4 with the stock rom, rooted with supersu flashable zip.

Rooted? If not, maybe the app just isn’t Lollipop compatible yet (Which would be stupid, but who knows?)

Nope. But I just got a response from Optus: We don’t provide a handset with a Cyanogen Android mod which is why you’re seeing the error . Currently only supported Android versions with 4.0 and above will work.

This is actually pretty fantastic, I hope you can also receive calls and that it is available on other providers using Optus’s network like Amaysim.

Yes it can receive and make calls/sms, but no MMS. Its HEAVILY branded in Optus logos, so I’m guessing that will be a no to other MVNO using it aka Amaysim.

I wonder if this works for the MVNO on Optus network. Probably not but someone should give it a try.

Simple answer – no. Just tried. I’m with Virgin. It’s annoying because having shifted from Telstra who I never had reception issues with, it’s the greatest annoyance with the Optus network – particularly when inside (where wifi would be most useful…)

This is fantastic, I hope Telstra and Vodafone do the same soon.