It’s definitely that time of the year. Following yesterday’s Moto 360 Gen 2 leak/ tease, it appears that not one but two models of the Moto 360 were spotted passing through Brazils telecommunication certification agency Anatel.

As shown above two separate models of a potential Moto 360 successor have gone through the regulator. The 360L and 360S as listed on Anatel’s regulatory approval listing would seem to suggest that Motorola will be releasing their signature device in both a Large and Small form factor. Certainly this would address one concern of the Moto 360, and other Android Wear devices, that being there were limited choices for those who wanted a smaller device.

This is further supported by a listing we have found in a recent filing made my Motorola to the FCC – the USA telecommunication regulating authority –  listing a “wrist worn device, with WiFi and Bluetooth” in both a Large Body and a Small Body variant. In Motorola’s description on a separate document, the type of device is listed as “smart watch”. If all of this isn’t enough another application was lodged to the FCC by Motorola at a similar time for a wireless charger. In that product description the Moto 360 2nd gen is all but confirmed with the listing stating “it is intended for use with the Moto 360 wrist-worn device”. While it is possible that Motorola is releasing a second charger for their 1-year-old original Moto 360, that’s not where the smart money would go.

Between the Anatel and FCC filings the following details of the two devices were listed:

There is no listing of case dimensions or any other specific components, eg processor, screen type or resolution etc. at this point it seems likely that NFC will not be included in the 2nd gen Moto 360 if that was something you were hoping for, as typically NFC details are included with a filing to the FCC. 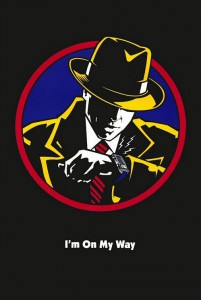 The FCC labelling will be electronics as you’d expect for a smartwatch, with instructions for accessing the label given as : Another little tid-bit was a mention of the inclusion of the Moto-talk, in one of the supporting documents we found this reference “This device contains an embedded Bluetooth device, Wi-Fi device, and MOTOtalk capabilities”. The MotoTalk feature was originally on smartphones as a short distance push to talk feature. Could Motorola be including a Dick Tracey style watch to watch communication? Or could they be recycling the name to encapsulate another for of communication? Either way this seems to suggest the Moto 360 could include a speaker as well as a microphone.

And for good luck, here’s the Moto 360 Gen 2 ‘leak’ that was seemingly accidentally published on the various Motorola social media channels yesterday.

Are you looking forward to the Moto 360 2nd gen? Is the larger battery size or multiple sizes what you’ve been waiting for? Let us know in the comments.

I love my Moto 360, but I would happily pay the price to upgrade if it:

A) has a faster processor, and
B) has an OLED screen

I don’t really care about the flat tire (seriously don’t even notice it in usage), but having an OLED screen would make dark watchfaces blend into it perfectly.

I’m definitely going to get the smaller one since I have small wrists, the original Moto 360 was just a bit too big even without lugs

I am sure Jenny will be happy to see a smaller ladies watch for doing ladies things.