Home Mobiles Carriers Telstra To Provide Exclusive Access For Customers To Live Streaming Of All... In case you missed it, or live in one of the less fortunate northern states and don’t understand the nuance of the world’s greatest game, the AFL has today signed a $2.5 billion, 6 year deal with News Corp, Seven West Media (Channel 7), and Telstra beginning in 2017 covering media distribution.

In the past few years Telstra has been in a partnership with the AFL to provide the Official AFL Live app. This partnership will continue but for the next 6 years the service will be

Note:
The AFL Live Pass will not be restricted to Telstra Customers. Telstra has confirmed that the app will be available to anyone to download and sign-up. The confusion stems from Telstra Group Managing Director of Telstra Media and Marketing Joe Pollards statement ‘give Telstra customers exclusive access to live streaming of all AFL matches and events’. According to the SMH this statement is being amended after Telstra agreed it was misleading.
– Thanks to Adam Turner from the SMH 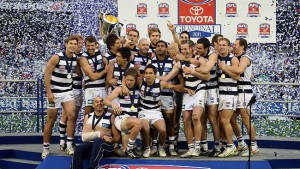 The Telstra deal covers not only mobile apps, but extends to other properties such as offering extended highlights and replays via online and IPTV platforms, which includes the proprietary Telstra TBox and the upcoming Telstra TV box (provided by Roku) which will go on-sale next month.

The AFL app is one of the more popular sports streaming apps, garnering 84 million video streams to date this year, an increase of 22% on last year. Those kind of numbers and growth are the impetus for Telstra’s willingness to spend this kind of money.

While no one is a fan of exclusive deals, when Telstra are forking over $300 million as part of the record breaking 6 year deal it should be expected. It is unclear whether the current pricing structure and setup will continue but with Telstra investing this much money it is expected for them to continue to expand their offerings in this area.

I for one am looking forward to see what Telstra do to develop this streaming media experience and as such will not deviate from my Telstra sim any time soon. The exclusivity deal seems to be working with me. Anyone else?

I was hoping Google might buy the rights and put it on Youtube. Not free, Subscription based but I guess not!

Lets hope that Android TV is in their future! Even starting at chromecast would be a beginning!

I don’t get it. Why would they want to stop people from 3rd party networks from giving them money? Do they think a significant number of people will want to change over to telstra to pay for streaming AFL?

I am disappointed by this news as I believe the value for money is not worth the costs of the telstra network. All their plans are expensive and data allowances are very little. I don’t really go out of my capital city much, so the country coverage isn’t really a selling point. I guess in a nutshell I am just not a fan of exclusivity deals.

I agree with you re exclusivity deals- eg. moto X Style and vodafone. For me the best value is Telstra prepaid but I’m on one of their old prepaid options where it was actually good value. It will be interesting to see whether Telstra keep it exclusive depending on the uptake rate of subs to it- but for all carriers it is all about getting customers to their networks on a plan.

I hope they remove the nonsense where they make me turn on location services before they allow the stream I’ve selected. They can easily locate me via the network I’m connected to. Can’t they?

Yes. It’s weird they used to that in previous years but have gone away from that for some reason.