Home Mobiles Aldi selling the Bauhn 5″Dual-SIM 4G smartphone for $229 from this Saturday... 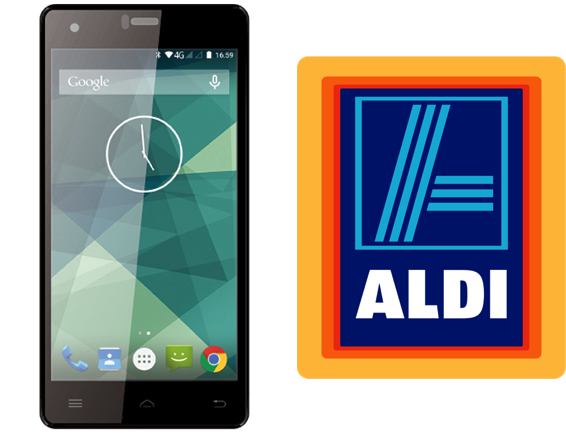 Aldi have released their special buys for the week and with Fathers day fast approaching on the 6th of September this year, the specials for next week are timed to perfection, with Aldi once again selling the popular Bauhn 5” Dual SIM 4G smartphone for $229.

As we have previously seen, the Bauhn branded smartphones are a mainstay of the Aldi range having previously sold somewhat similar mobile phone s previously, but this version has had some new features added to it.

The full rundown of specs included in the Bauhn 5” Dual SIM 4G smartphone include:

It is a little sad that the Bauhn 5” Dual SIM 4G smartphone doesn’t support Telstra and Optus 700MHz (Band 28), or Vodafone’s 850MHz (Band 5) LTE networks, but there is good 3G support for the phone. The other good thing is the the smartphone does come with Android 5.1 right out of the box. Also the phone is network unlocked so you can choose which provider you wish to go with at the end of the day.

The Bauhn 5” Dual SIM 4G smartphone will be available at your local Aldi store from this Saturday 29 August 2015 for $229 and a reminder that the mobile phone does come with a 1 Year Warranty, and is also covered by the Aldi 60-Day satisfaction guarantee.

Never ever buy Bauhn Mobile products as they do not have any after-sale support. After 1 year warranty, people hardly find repair shop to check the Bauhn as shop usually say no for repairing the Bauhn Mobile.
Aldi or the Bauhn dealer should think about this issue before they promote the Bauhn mobile. Customers are very frustrated when their Bauhn Mobiles need for repairing.

I have tried the website’s, ALDI and Bauhn for a battery, for my 4″ Bauhn mobile phone been trying for a month now Bauhn no help, no back up service, no info to where I could buy replacement battery. Can’t buy battery for Bauhn mobile not buying Bauhn again.

Aldi phones and tablets are known for self installing spyware (sometimes weeks or months after purchased) and this cannot be removed or stopped from coming back even after factory reset.

1 Year Warranty? We have the Australian Consumer Law to protect us

The 1 year warranty is in addition to the buyer’s statutory rights, and the wording of their warranty would state exactly that.

From my limited understanding if you buy a phone from a Telco on a contract which is usually 2 years then they must provide a warranty for the life of the contract hence the 2 years.
If you buy the phone as an outright purchase then it must be a 1 year contract or more, Google was offering 2 years on Nexus 4 and Nexus 6 came with it if you had a warranty slip in the box stating 2 years, the Nexus 5 seems to be 12 months only

Basically sums it up well Chris; though, the 1 and 2 year warranties are of limited effect, as the reasonable lifespan of a phone could well be considered longer than 2 years, and certain statutory protections will last the lifespan of the phone, rather than just the stated warranty periods.

What storage space does it have? Is the interface stock Android? With only 1GB of RAM and limited LTE bands, it’s probably worth spending a little more and getting the Moto G.

Yes would have been handy to have in the article. Its a 8gb unit + Micro SD slot for upto a extra 32gb storage.