Home News and Editorial Google Play Deal of the Week updated with a new app and...

The Google Play App and Game Deal of the Week has been updated tonight, with a new app and a new game now available for just $0.20.

The app requires you to place the phone under your pillow – although a number of places are suggested in the app – and the phone then wakes you using music of your own choosing. The app can also be snoozed by simply tapping or shaking the phone.

Sleep Cycle alarm clock is normally US$2.30, but as Deal of the Week, it’s been dropped to just $0.20. The app does contain in-app purchases worth up to $2.49 each so there’s that. If you want to grab it head on over and grab it while it’s reduced. 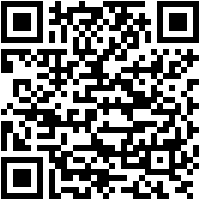 As games go, Moorhuhn Deluxe- Crazy Chicken from Doyodo isn’t what I’d normally go for, but at $0.20 it’s definitely worth a second look, it’s essentially duck hunt but modernised and with Chickens.

Normally priced at US$1.03 it’s a bargain at $0.20, but be careful of in-app purchases worth up to $0.99 per item in the game. Head over to Google Play and grab Moorhuhn Deluxe- Crazy Chicken now. I wish these deals were available in the States 🙁

It would be nice to see the Deal of the Week go global. Asked Google about it, but they wouldn’t comment on global availability