Home Mobiles Apps, Games & Google Services Mirrativ lets you livestream Games, Apps or anything you want on your...

Social video streaming, be it for gaming through Twitch or Google’s newly launched YouTube Gaming or more interactive everyday streaming through Meerkat or Periscope is a popularly growing industry. The current options are limited to specific functions really and this is where a small Japanese company called DeNA is shaking things up by letting you stream games, apps or indeed anything you want from your Android phone.

Their app, called Mirrativ, is currently in Beta and is going through a testing phase with limited windows for users who download the app to try out watching streams or broadcasting themselves. Mirrativ essentially lets you broadcast anything from your smartphone screen – text messages, apps, your favorite games, and more, with the additional ability to interact with your viewers in real time.

Your stream can include anything including text comments or voice-overs as well as a Picture-in-Picture view of you if required and you can stream whatever you want.

The streams are mobile only and can be private on a unique URL or shared with people who follow you, with notifications sent when you start a stream. Your followers can then interact by tapping the screen to send stars similar to Periscope’s hearts, or they can choose to send stickers or comments.

To use Mirrativ in this Beta phase you’ll have to download the app from Google Play firstly, then follow @Mirrativ on Twitter where they will announce when they will be streaming, or alternatively when you can stream yourself.

There is one limitation on Mirrativ, you will have to have an Android device running Android 5.0 or above to stream – likely taking advantage of Lollipop’s native screen recording. For everyone else, though Mirrativ will allow you to view streams on devices running Android 4.1 and above. For iOS users there’s also good news, with Mirrativ working to bring an iOS app to market soon. 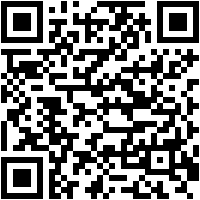