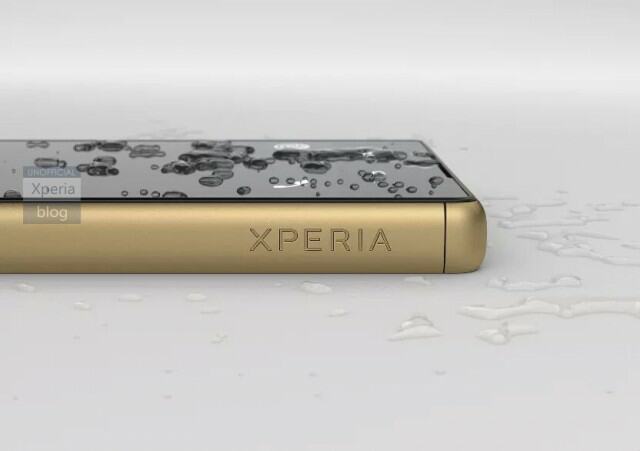 The Sony Xperia Z5 family might just win the “Most Leaked Device Of The Year” award for 2015. Following weeks of leaks, a new video from a French tech website shows the Xperia Z5 from every conceivable angle. Unfortunately, my French stopped at “Parlez-vous français” – do you speak French- so at present we have not been able to translate the video to see if there is any new information not previously leaked.

The video spends most of its 2:50 runtime showing off the exterior design and the camera app interface. The demonstration also seemed to focus on the power button that is expected to contain a fingerprint scanner. Several different sized and  coloured devices were shown on the video including Gold, Chrome, Black and what looked to be metallic Green. The perspective point in the video made it too difficult to determine if all 3 suspected Xperia Z5 size variants – 4.6”, 5.2” and 5.5” – were featured. However, if they follow the same design philosophy as previous Z line devices the will be 95% the same with only size and slightly different button configuration the differences.

We will work to translate the video and let you know if there is any more information contained within.

The Xperia Z5 line is expected to be announced at Sony’s press conference at IFA 2015 in Berlin, and Ausdroid will be covering the event live so stay tuned for all of the details as they become available.

Are you interested in being able to choose you device size without major compromise? Let us know in the comments.

I’m liking the look of the Z5 so far. Not that fussed about getting the Premium model as a FHD screen is more that adequate for my needs.

They seem to have stuck with the large top and bottom bezels which I think is a shame. I almost bought a Z3 a while back but the bezels are just too ugly. Not sure why they keep persisting with this.

I don’t know why people are so concerned with bezel sizes. Hardware has to go somewhere. Not only that, we already know phones as large as 6+ inches can comfortably fit in the average pocket. Surely a phone that’s not even 6 inches would be quite easy to use.

I have an Xperia Z line phone myself and it’s one of the absolute easiest phones to use, bezel and all.

Not to pass comment one way or the other regarding bezel size however, I remember Sony saying last year that the large “forehead” and “chin” as I call it was to house resonance chambers for the speakers to increase the overall sound quality. If true, and if I’m remembering correct;ly, that’s a fairly good reason if you’re interested ion sound quality.

I’m very keen on how the Z5C will turn out.

A 4K resolution on such a small screen. What for?

Will Dutton
Reply to  nitzer71

I speak a bit of french. Pretty much what you said so far, this is the Z5 premium, so the 5.5″ device which is the top of the range, as mentioned all 3 devices will share design language with very minor differences. Somehting new for this year is the camera is 23mp with x5 zoom, which he says is new. The battery should last for 2 days according to him. He says something about the micro usb that I didnt catch and then says that this is the first true 4k display on a smartphone. Hope that helps!

nitzer71
Reply to  Will Dutton

The micro usb does not need a cache protection and the phone still stays water/dust-proof. So must be some special micro usb. Previous versions required a cache if I understood well…

Will Dutton
Reply to  nitzer71

Yep, that sounds like what he was saying, I didn’t understand the concept so didnt translate but thats what he says.

rend2688
Reply to  Will Dutton

Capless USB port I’d say? Nothing new here. At least with the most recent Sony handsets.

Duncan_J
Reply to  Will Dutton

Thanks very much Will.

Will Dutton
Reply to  Duncan_J