Coles has some Android goodies coming up for Fathers day, including two mobile phones with bonus gift cards and a 3G tablet, which go on sale tomorrow, Wednesday 2 September.

To start off we will have a look at the mobile handsets Coles are offering. 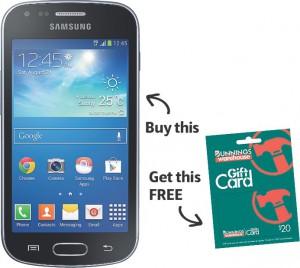 First up, we have the Telstra Samsung Galaxy Trend Plus has been a stablemate of Telstra Pre-Paid services for a while now, but has only recently been removed from the Telstra website. The Trend Plus does comes with some pretty decent specs which is good, though there is not word of an update to Android 5.1.1 (Lollipop), and there probably won’t be one.

Here is a full list of specs for the Galaxy Trend Plus:

Of course the main selling point for this is the bonus $20 Bunnings Gift card along with 1000 Bonus FlyBuys points when you purchase the Telstra Samsung Galaxy Trend Plus for $99. 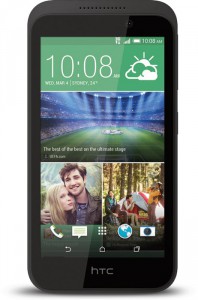 Next up in the catalogue specials, we have the Vodafone HTC Desire 320 3G which was launched onto the network earlier this year and has been part of the resurgence of the Desire brand for the troubled manufacturer. Spec-wise, the HTC Desire 320 3G isn’t going to set any world records but it still comes with some ok specs at the end of the day.

It is unsure and most likely is this device will see any update to Android 5.0 Lollipop, however if your after a relatively cheap and quite good specs phone, then the HTC Desire 320 might be your phone. The HTC Desire 320 is available for $99. 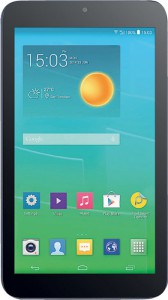 Lastly we have the Optus Prepaid Alcatel onetouch Pixi 7” Tablet, which launched on Optus just a few months ago and is part of a push by Alcatel or more so TCL at giving its mobile division more presence within the marketplace here.

Spec wise, again like the handsets above, the Optus Prepaid Alcatel onetouch Pixi 7” Tablet isn’t going to set any records and is also limited to the 3G spectrum under Optus. Nonetheless, for the price tag that Coles has it on sale for, its not too bad.

While there is a lack of 4G network connectivity for the onetouch Pixi Tablet, the price is a steal at just $79 each. This is a great one for the kids.

The Samsung Galaxy Trend Plus, HTC Desire 320 and the Alcatel onetouch Pixi 7” Tablet are available from your local Coles store only for the respectful price of $99 for both mobile handsets and the tablet for $79. You can check out the latest Coles catalogue through the link below.

It is also important to note that the devices will be network locked, and there will be fees to unlock them from their respective carriers.

Their website has some noticeably different specs for that tablet, not least the resolution (960 x 540).

Still not a good bet mind.

I though that the Onetouch Pixi Tablet specs were crap in the article.