At their press event at IFA in Berlin today, Acer has unveiled their next big thing in their Predator gaming line. They’ve announced the Predator 6, a phone version of their Predator 8 gaming tablet they announced a couple of months ago.

The Predator 8 is powered by an Intel® Atom™ x7 processor, with a FullHD (1920×1080) resolution Zero Air Gap 8″ IPS display. To aid in gaming the body of the tablet is made of a dark grey brushed aluminum and is just 8.7mm thin and weights in at 350 grams. The tablet comes with 64GB of on-board storage and a microSD card slot to add up to an additional 128GB. The Predator 8 will be launching in the market in 2-3 weeks, though which countries will see availability hasn’t been announced

The Predator 6 is a 6″ phone which has a record breaking Deca-Core processor from Chinese manufacturer Mediatek. The phone will also come with 4GB of RAM to really power those high-end games. 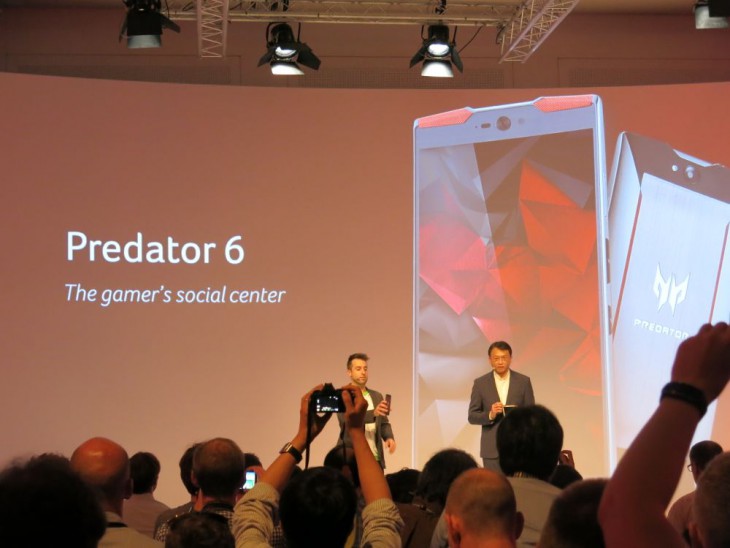 The Predator series both have four speakers for a fine audio experience, as well as haptic feedback built-in to the screen which Acer says will ensure a great fine control for gaming turning the phone into a gaming powerhouse.

Both the Predator 6 and Predator 8 will run Android 5.1 when they launch.

Availability in Australia hasn’t been announced, but we will be contacting Acer Australia for comment on when, or if we can expect to see these in Australia.

I quite like the design, I wouldn’t mind something similar in a slightly smaller size

😉 Wild looking phone there. The kind of thing that should be labeled as a Lamborghini phone or something like that.