The Google Play deals in the apps and games categories have both been updated this week, we’re a little behind the schedule this week posting from Germany but here we go.

First off the block is the Google Play App Deal of the Week, which sees a musical app on offer, with Ultimate Guitar Tabs & Chords from Developer Ultimate Guitar USA LLC dropped from its usual price of US$2.99 down to the sweet price of just $0.20.

The app itself is pretty good for guitar players, offering over 800,000 tabs and Chords from popular songs with daily updates, all of which can be saved for offline access. The app also has instructional videos and chord diagrams to help the beginner guitar player to start strumming away, or help an old hand polish their skills. The app contains

The app is free, but does contain in-app purchases for between $1.05 – $12.10 per item, there’s some decent updates available including:

Even with the IAP, the $0.20 is still a pretty good deal, so head over and grab it before it’s gone. 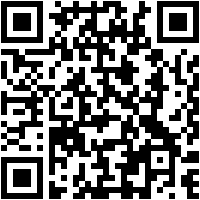 If you haven’t seen that familiar face of Rich Uncle Pennybags, you’d have to have been living under a rock, but Electronic Arts have brought the game of real-estate buying, seliing and trading to Android and it’s on-sale this week for just $0.20, down from it’s usual US$2.74 price tag.

The game is fairly self explanatory, but the official synopsis probably says it best:


It’s “GO” time! Take a ride on the Reading Railroad. Buy Boardwalk. Go directly to Jail. Buy, sell, and trade the famous MONOPOLY properties, and see the game jump to life with animated features and easy gameplay. Challenge friends and even customize the game rules!

One thing that Monopoly – and in a rare moment, Electronic Arts – gets a massive tick for is the fact that once you pay the price, there appears to be no In-App Purchases within the game, so once you pay your $0.20 that’s it. Monopoly is pretty good on a tablet and will save you having to store the physical game in a cupboard somewhere until you decide to play it at which point you’ll generally find pieces missing, money gone etc.

If you want to grab Monopoly while it’s on-sale, head over to Google Play and purchase it now. Monopoly. Add chromecast and multiple device support. Would be great. And save a game part way through.