At its IFA press presentation this morning, Philips took the wraps off its new super-slim 8601 UHD Android TV range with a number of innovations in display, sound and lighting technology.

Philips has added advanced picture processing technology in its BrightPro system that boosts whites and local bright areas of the screen while leaving dark scenes untouches, and its Perfect Pixel technology adjusts the incoming signal on the fly to reduce noise and provide high quality upscaling.

The company’s newest Ambilight technology wowed onlookers projecting not just the general light of the scene but a more accurate representation of the on-screen action. It’s easy to dismiss the feature, but it’s quite another thing to actually see it in action, in person. 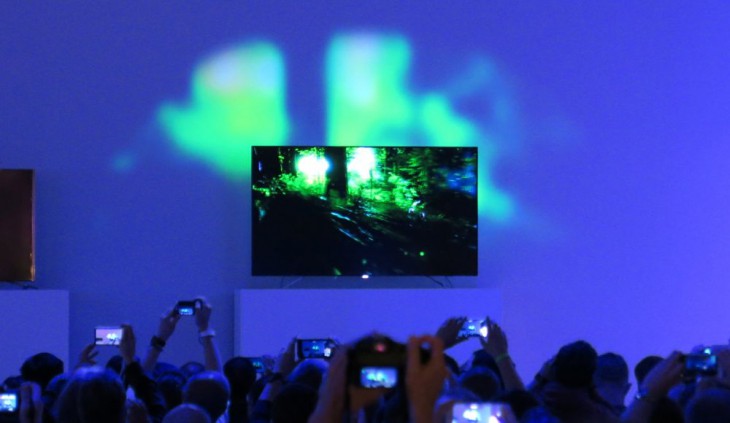 Finally, on the audio front there’s a 50W 8 microdriver speaker system packed into two thin speakers that can be detached from the side of the TV and mounted in separate stands to give a wider soundscape in a larger area.

The Android TV OS powering it all has been given a boost to Android 5.1 over the existing Philips Android TV range, and it’s now powered by a hex-core processor. Philips has its own “App Gallery” as well as the Google Play store, and says it’s made some interface customisations but it’s not yet clear what those changes are. The TVs come with the usual Google Play stores and support for Google Cast.

The 8601 range will be available in 55- and 65-inch models launching in Europe and Russia in the 4th quarter of 2015. While we haven’t seen Philips’ Android TVs in Australia yet, the Android TV products themselves are listed on Philips’ Australian site, so we are expecting to see them released here.

Do you want a Philips Android TV in your lounge room? Tell us in the comments!