At IFA today, Ricoh has announced their latest 360° camera, the Theta S. The camera offers a single click 360° capture which can be uploaded to Google Street View to share your picture with the rest of the world.

The shutter speed and ISO can all be adjusted through the companion app on your Android smartphone – at least ones running Android 4.0 and above. ISO sensitivity paired with the image processing, and a ‘bulb mode’ for long exposures means that you’ll get less static even in low-light settings. 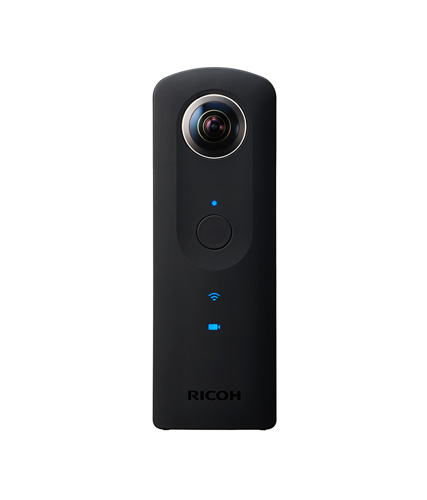 The Theta S transfers images through the app to your phone using a Wi-Fi connection which Ricoh says is up to 4x faster now. Once you’ve transferred your images, then it’s on to sharing and Ricoh has created theta360.com to share you images, and you can then share a link to your image on social media or you can share your 360° images to Google+ or Street View. You can also share the video to YouTube with their support for 360° video.

The Street View app allows people all over the world to explore user contributions, Google’s own imagery, and their own published photo spheres through a seamless world map of landscapes, landmarks, business interiors and more. The RICOH THETA S is a great tool to create this imagery, and we hope it inspires people to contribute to the map.

The Ricoh Theta S comes with a big price tag though, at US$349 it’s not a cheap way to capture images, but it could be one of the most novel for a while. The camera will go on-sale in Europe, North America and Asia – which includes Australia in OCtober and you can bet we’ll be getting our hands on this one.

It looks fun and all but pics that require effort are just the same as videos.