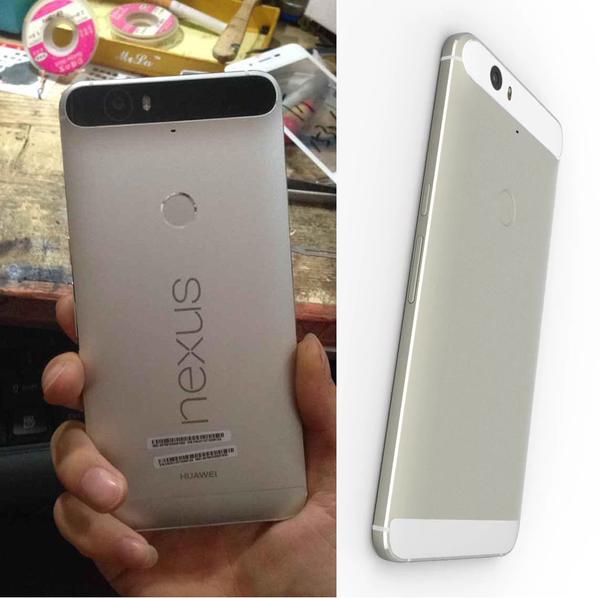 September seems to be Nexus time yet again. It has been a good 12 hours since we have reported any Nexus leaks so we think it’s time for another. This morning we saw a photo of the LG Nexus but as everyone should know by now, that isn’t the only Nexus in the game this year. This afternoon we saw a leak regarding the Huawei-manufactured Nexus phone.

Well-known leaker OnLeaks has obtained a screenshot of the database from Indian website Zauba. Zauba is an Indian website that tracks imports and exports for India. The screenshot shows that there was a Huawei device named Angler (the codename for the Huawei Nexus phone) with a 5.5in capacitive display tracked through India. Whether this means the device will definitely not have the new Huawei Force Touch display is unknown but OnLeaks has said that Huawei have tested both a 5.5in and a 5.7in Nexus phone. The listing could mean that a prototype went through customs in India rather than the real thing.

We here at Ausdroid are hearing that the Huawei Nexus will in fact have a 5.7in display, thereby differentiating itself markedly from the 5.2in display on the upcoming LG Nexus phone. Hopefully the rumoured announcement on September 29 will reveal all. One thing for certain is that Ausdroid will continue to keep our ear to the ground and bring any rumours or leaks we hear of to you as soon as humanly possible.

Which Nexus are you looking at getting? LG, Huawei or both? Would you prefer the Huawei Nexus to have a 5.5 or a 5.7in display.

Grab the latest Nexus Phones only at

The Offensive Weapon camera… it looks like you could give someone a good whack with that… is challenging. It better reward you with great pictures if it looks like that.

I’m naturally more inclined towards an LG phone… the Nexus 5 was a great beastie… but let’s hear what is said about each of these phones. I’ll remain open for the moment.

Having had various sizes ranging 4.6 to 5.7 over last couple years I reckon about 5.5 is the sweet spot… Maybe 5.7 if tiny bezels

Always bigger, owning a 6″ device currently and would never look back at the low 5″ sizes

I have to admit iI agreewith both of you. Although sometimes i think the Nexus 6 is too big. I’m going to get both and then decide which one I prefer, after all android is all about choice

Its definitely a case of each to their own. Went from a Note 2 to a Moto X then to a Moto X gen 2. For me the 4.7 inch Moto X was just right for 1 handed operation!

My Nexus 5 fits just nicely into the pockets of my jeans if I cram it all the way down.

I don’t even try on jeans unless the pockets are deep enough to keep my phone safe. Makes shopping easier. Stick my hand in each pocket – OK, these are my two choices.

I agree, the N5 is short enough to fit in a jeans pocket – the ideal size. Problem is, all the new alternatives seem to be too big. Even the new Nexus 5 is a full cm longer than the old one. So if you have to end up getting a bigger phone and a different pocket, its going to worth getting a worthwhile bump. Saying that, I think the LG G4 is going to end up being a better bet. Only 2mm longer than the new N5, but 5.5″ rather than 5.2″ and 1440p vs 1080p – whilst being… Read more »