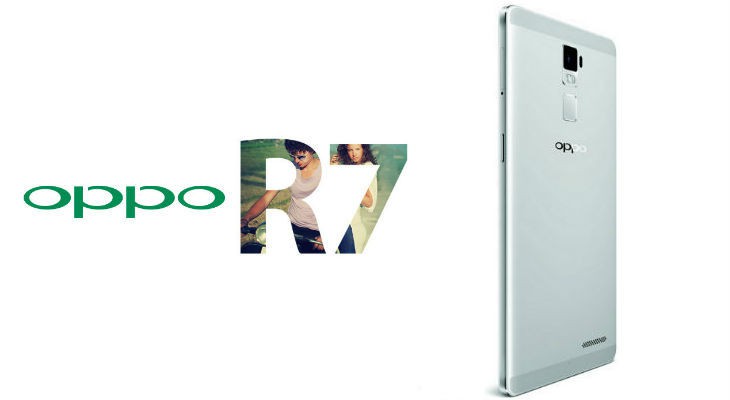 Oppo’s latest handset to launch in the Australian market is the secure and stylish Oppo R7 Plus, the larger sized version of the Oppo R7, which launched last month at retail and on plans from Optus.

The Oppo R7 Plus is a larger handset than the R7, with a FullHD 6″ screen it also packs an impressive 4,100mAh battery into the phone for true all-day battery life and supports Oppo’s VOOC rapid charging solution which can deliver up to two hours of talk time in just five minutes. The phone is fairly large at 158mm tall, but even with that large battery, still weighs in at a fairly decent 192 grams. The phone is powered by a 64-bit Qualcom 615 Octa-Core processor and comes with 3GB of RAM and comes standard with 32GB of on-board storage with a microSD Card slot on-board as well.

With this year being a great year for cameras on Android phones, Oppo hopes to join their ranks with the R7 Plus. Oppo has added a laser autofocus system to the R7 Plus, which focuses in under 0.3 seconds. The camera also features a new anti-shake optimisation that should hopefully stop those blurry pics and the new RGBW sensor should give great quality in low-light conditions.

Oppo handsets, and the R Series in particular, have been pretty spot on with design for some time and the ridiculously thin 7.75mm R7 Plus is no different. The phone is constructed with an aluminium unibody design. Oppo also references the rear of the phone which features a ‘violin arc’ design that they say resembles the neck of a violin.

That rear of the phone also features a big feature that’s getting headlines of late, a fingerprint scanner, which will offer secure access to your phone and apps. The scanner is touch based which Oppo says delivers a higher recognition rate than the ‘slide-based’ scanners often found on laptops. The fingerprint scanner on the phone will store up to five fingerprints which will correspond to various commands.

The Oppo R7 Plus will be available for pre-order from Dick Smith stores from today for $599 in Gold, as part of the ongoing partnership between Oppo and DSE, which has seen Oppo build experience tables at Dick Smith stores across Australia. Oppo Australia marketing director Michael Tran said of the launch

We are delighted to get this device into the hands of our Aussie customers. The R7 Plus embodies the ultimate mobile experience and is our most advanced smartphone to enter Australia to date. This launch continues our prosperous partnership with Dick Smith, who will be our exclusive pre-order partner in the lead up to the phone’s release.

Oppo will be supplying an R7 Plus for review and we look forward to checking out what it has to offer. You can head over to the Dick Smith Oppo R7 Plus landing page and check it out or pre-order it now.

our stock of these arrived last monday at david jones