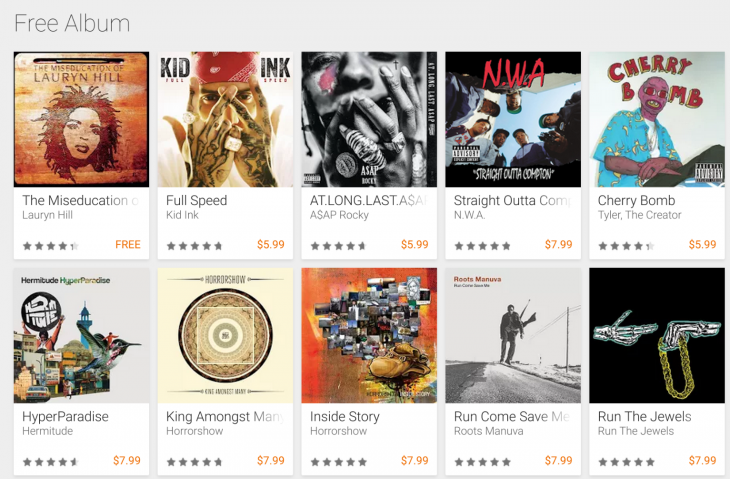 Google Play Music has another music focus running at the moment, and that means you can pick up a free album. This time around the focus is on Top Hip Hop Deals and the free album is from artist Lauryn Hill.

The album is called the The Miseducation of Lauryn Hill which was released on August 25, 1998, so it’s almost on its way to being a classic. It’s a decent album that debuted at number one on the Billboard charts and features three hit singles: “Doo Wop (That Thing)”, “Ex-Factor”, and “Everything Is Everything”.

The rest of the albums on the Hip Hop focus are pretty good as well, featuring albums from Eminem, 50 Cent, Mos Def, Lil’ Wayne and a timely entry with their biopic now in cinemas – N.W.A’s Straight Outta Compton.

Head over to Google Play Music now to check out what else is available and claim your album now.