Home Mobiles Nexus 5 2015 will be available in traditional ‘Panda’ colours as well...

The September 29th launch event for the Nexus 2015 phones, will see a Huawei and LG Nexus phones announced. The LG Nexus has appeared previously in leaks, but now we’re getting another look at the front and from this latest look at the phone, as well as the traditional Black and White colour options it appears that Google is tinkering with other colours including a Mint option.

Google has previously toyed with different colour options for their Nexus phones, first with the stunningly bright (and beautiful) red option on the Nexus 5 which came as a mid-season refresh, they also launched the Nexus 6 in Midnight Blue. However much like the Nexus 6 and unlike the Red and White Nexus 5 options, the front speaker grille won’t be coloured to match the rear of the phone which according to this leak will be coloured ‘Mint’.

The Mint colour option has been described as ‘Mint Tennis Court’ by Korean site underkg.co.kr who brought these pictures to light, though whether this is the name of the colour option or just what they’re calling it internally isn’t clear. Their source has also ‘confirmed’ the September 29th launch event for the Nexus 2015 phones.

These leaks are definitely looking pretty good, now we just need to wait for the big announcement.

Will you go for the traditional Black or White handset or jump into a ‘Mint’ flavoured handset? 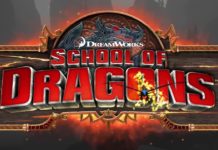 If they have a yellow back, I’d probably get that.

Considering the current Motorola Moto X availability debacle (thanks Vodafail!), I think this will be my next phone…

Have you forgotten previous nexus launches? 🙂

Surely they have learnt from last year… Oh wait, i say that every year!

Just be fast. Get up early in the morning and get at it.

And look, the Nexus actually has a notification light, and I expect a RGB one at that.

I’m heading off to a Vodafone store at lunch time today. I’m not expecting to find the Play though. I suspect the main appeal of it is the large battery and nice feel in the hand.

My only issue was with getting the N4. The N5 launch was better in that the release date and time were leaked and I set my alarm for 5am. If you’re F5ing and following Whirlpool as soon as it goes on sale (as in within a few mins), you’ll get one, and it will be delivered quickly. I remember picking up my N5 at the DHL office in the western suburbs of Melbourne. The staff there said they had 5,000+ units there waiting to be delivered and they were expecting more every day. They’d also had 50+ people come in… Read more »

I’m heading back to the Hobart store today if you want one. They had one in stock yesterday after I bought one.

Thanks for the offer, but I’ll wait to see what the N5 is like. 🙂

Mint looks good. I’d get that, but only if they colour the fingerprint sensor the same as the rest of the back, like the white and black versions.