Home Smart Home and Wearables Around the Home Not just one Chromecast device coming next week, but two … perhaps! The Internet is coming alive with rumours for next week’s Google event in San Francisco, and though two Nexus devices and an updated Chromecast are on the cards already, it looks as if one Chromecast device might not be enough. Rumour has it that a device known only as Chromecast Audio will be launched too. 9to5Google reports that sources familiar with the product have referred to a Chromecast device specifically aimed at WiFi-enabling the speakers in your home.

This device will be separate to Google’s Cast for Audio, a licensed platform allowing third party manufacturers to build Chromecast support into their speakers and other home entertainment devices. The device is codenamed Hendrix, given its close affinity with music and audio, and it looks like a small black hockey puck (more oval shaped, but similar to the Nexus TV). It connects to speakers via a simple 3.5mm headset cable, which will likely be supplied with the unit. 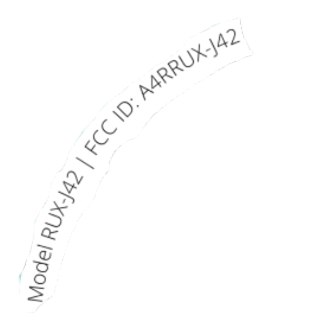 An FCC listing contains some — albeit limited — information about the device, but as is becoming common, there’s no photos or schematics of the device, owing to Google’s request for confidentiality.

That’s about all we know about the Chromecast Audio / Hendrix device at the moment. We’ll come back to you when we find out more!

all is need a chromecast with a 3.5mm jack so i can connect my home theater for better audio

Most HD TVs have RCA audio outputs so any audio signal coming from HDMI inputs or broadcast signal can be output through the RCA. Then you’d obviously plug an RCA from the TV to the RCA input on your amplifier. You don’t need 3.5 mm. That’s amateur hour using 3.5mm when you have rca. I have my Chromecast setup up like this with my TV. Works well enough. An optical out for surround would be far more useful on the Chromecast than a 3.5mm.

I agree, But all i want to do is connect the chrome cast to my projector…any help?

Of your projector has no RCA or 3.5mm out go to eBay and search HDMI audio splitter. You’ll find what you’re after for $30. Splits the audio to 3.5mm or optical for output to amo and then feeds the video through to projector.