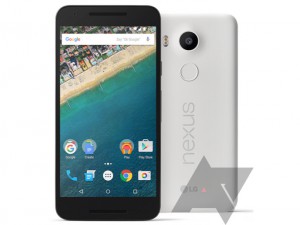 Following a steady stream of Nexus leaks yesterday the guys over at Android Police are keeping up the pace with press renders of the front and back of the incoming Nexus 5X along with a family portrait with all three colour options, white, black and blue on display. 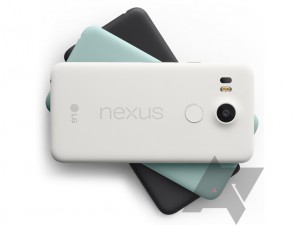 While the internal details are still subject to rumor status, it is fairly safe now to call this the final rendition of the Nexus 5X’s exterior. With its two front facing speakers – hopefully stereo – fingerprint scanner and familiar styling the LG made – and co-branded – Nexus 5X looks to be the long-awaited successor to the original Nexus 5 many people have been waiting for. It won’t be long until we will have all the details live from San Fransisco with Chris covering the Google event live.

How is the Nexus 5X measuring up to your wishlist? Will it be your next? Let us know below.

All the leaks ! I’ll remain dubious of all internals until release….so many rumours and innuendo for sure. I have the first world problem of staying with my awesome Z3, going Moto X Pure or either of these Nexus devices…. ALL TEH CHOICEZ !

If I could get the size of Nexus 5X with a MicroSD card slot/NFC/4G, decent processor/RAM/atleast 32 GB, battery size of Moto X Play and Marshmallow loaded with Moto Assist/Connect apps, a decent camera (works well in low light/night) with a fast app (with easy focus, easy snap and voice control), I am sold!

Count me in, especially a MicroSD up to 128gb. I don’t want to get too greedy like a 200gb MicroSD on the latest Sony Xperia Z5 and budget Xperia M5