It is late September, and surely everyone is getting sick and tired of Nexus leaks, though technically still rumours (who am I kidding, everyone loves a good Nexus rumour). Today, both of the rumoured new Nexus phones – the Nexus 5X and Nexus 6P – have appeared on Geekbench. While very little is new in this leak, it confirms the RAM and processor type in each phone – assuming it isn’t the result of shenanigans by internet trolls.

The LG Nexus 5X (Bullhead) has been rumoured to be running a hexa-core Qualcomm processor, and the Geekbench result appears to confirm this, showing “ARM Qualcomm @ 1.44 GHz 1 processor, 6 cores”. It also confirms the presence of 2GB of RAM. The Nexus 5X appears to be a mid- to high-end phone, although the processor is the same processor found in the LG G4 and the Moto X Style so we already know that it is no slouch. 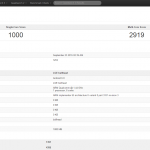 The LG-made Nexus’ big brother, the Huawei Angler (Nexus 6P) has also shown up with a Geekbench score, this time with a score nearly 10% better than when it showed up two weeks ago. The leak once again confirms previous rumours about the Nexus 6P toting the Qualcomm Snapdragon 810. It houses an “ARM Qualcomm @ 1.55 GHz 1 processor, 8 cores” which could only mean a Snapdragon 810 processor. We can only hope that the increase in the score is due to some final optimisation by Google on the software side of things and not a random aberration. With Android 6.0 Marshmallow’s release looming, this seems possible. 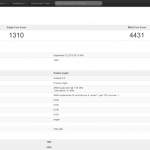 These leaks follow on from last week where the Nexus 6P made an appearance on the GFXBench website. GFXBench revealed more in-depth information on the phone, showing it to have a 5.7-inch display with a resolution of 2560×1440 pixels, the Snapdragon 810 processor with Adreno 430 GPU, and 3GB of RAM. The storage in the one tested was 24GB which means it was most likely a 32GB model. The camera appeared to be a bit disappointing, clocking in at only 11MP (although MP isn’t everything when it comes to cameras), and lacking HDR but capable of capturing 4K video. Previous leaks and rumours have pointed at the rear shooter being a 21MP camera so at this stage it is unclear which it is. 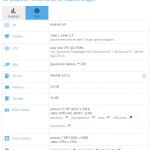 With less than a week until the big Nexus reveal the leaks are coming thick and fast. We’re excited – and remember, Chris will be on the ground in San Fransisco at the launch event, so we’ll be bringing you information and hands-on reports live.

Which new Nexus phone has caught your eye? Are you going to be getting a 5X or a 6P … or something else? Tell us in the comments!

Is Daniel away? Haven’t seen any articles from him in a while.

Never get sick of Nexus rumours.

What about Buzz Moody? Does he still have a financial stake on this?

Fairly sure Buzz discovered women, work and life and hasn’t looked back … it won’t be until his early 30s that he re-realises the appeal of tech as a substitute 😉