With new Nexus and Chromecast announcements on the cards for tomorrow morning, the question of when can I get one and how much will they cost me is always on the tip of your tongue. Of course with Chris on the ground for the announcement, we have a better than average chance of getting some official information when it’s announced. But, in the meantime, Android Police has some rumours on timing and availability for the new Chromecast and both the Nexus 5X and 6P.

According to Android Police, both the Nexus phones to be announced tomorrow – the 5X and 6P – will go up for pre-order on the Google Store, but only in a limited set of countries. 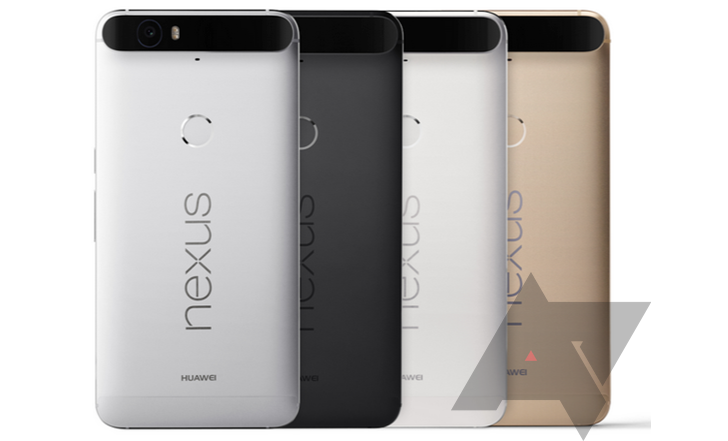 The U.S., UK, Ireland, Canada, And Japan will be able to pre-order the Nexus 6P from tomorrow with pricing starting at US$499.99 for the 32GB model – but there will also be 64GB and 128GB models of the Nexus 6P available, but pricing hasn’t been hinted at for these, although a US$50-$100 price difference between models is expected.

The Nexus 6P will be available in four colours: Aluminum, Graphite, Gold and Frost, but thanks to a previous leak, the Gold model looks to be heading exclusively to Japan.

The new model Chromecast is expected to retain its US$35 price tag, which means it should show up here in Australia for the $49 price tag we’ve seen the original dongle sell at in retail stores. This dongle is expected to be available in the US from tomorrow – global, and specifically Australian release hasn’t been mentioned.

The only other tidbit is the colour options which we can see above which will be called Black, Lemonade (yellow), and Coral (pale pink/red). Google’s rumoured – audio-only – Chromecast will also be up for pre-order tomorrow, but won’t be actually in hands or retailers until October according to Android Police. It too will cost US$35 – so expect to fork over $49 when/if it reaches Australia.

We have Chris on the ground in San Francisco ready to ask the availability and pricing questions, and while Google is generally quite tight lipped about these details, we hope to let you know these details as soon as we can.

Isn’t Australia the first patch of countries to release them?

This is disappointing if true. After of the tossing and turning, we might not even get the chance to order one initially. If people are looking for phones now, I suggest reconsidering the 15% off eBay promotion because there are some okay deals for the S6, Nexus 6, G4 and even OnePlus Two.

I hear ya… was hanging out for the N5X but the G4 back-up plan is looking pretty good… just so damn cheap at not much over $500.

The 32GB G4 is actually available for $460ish from the ‘qd_au’ eBay store with the CLICK15 discount, which makes it even more tempting.

Really? How do I say no to that…

This whole nexus lineup has been a rollercoaster and it looks like we’re going to rest on a down slope 🙁 No wireless charging, no OIS, only 2GB in the 5X, possibly no microSD in the 6P, prices that are up high again (mostly due to the piss poor dollar at the moment) and now no launch in Australia. Is it even worth staying up for the announcement just to be let down a bit more? At this point I’m also thinking of keeping my current Nexus 5. It does okay. The battery is getting a bit tired and I’ve… Read more »

That price directly converted is about $545 AUD, but we always get screwed down under, so I wouldn’t be surprised if we get the 16GB N5X for $599 (or maybe more). Such a shame, I was really hoping for a price like the N4 or N5 (2013). At this point, I will probably just hold onto my faithful N4 and wait for the 2GB/16GB Moto G 3rd Gen to be released in Australia…

It’s been confirmed that the N4 won’t be receiving Marshmallow. I don’t know if that influences your decision. You could always grab a second hand N5 off eBay for around $250.

It doesn’t really bother me about the N4 not getting Marshmallow, I’m quite happy with the performance on Lollipop… Happy enough to keep using my N4 for at least another 6 months or so, anyway…

In regards to buying a Nexus 5, AliExpress are selling them new for about $260 delivered, I might go down that road…

Given my budget I’m probably more interested in what this release might do to the current pricing of the Nexus 6.

I must admit, though I am not a massive fan of the size of the N6, it was the price that REALLY turned me off. I have a feeling that the N5X and N6P will be easily be at least $600, and if that’s the case (I’ll wait for the official word on the Australian release and pricing), I might look into getting a sub-$500 N6.

I may be in the minority here, but the N5 launch was great for me. Got one at launch – ordered on Friday, arrived on Monday. No issues with the website.

I think we will get the N5 and 6 tomorrow, but I am wishful thinking.

If it is offered in Australia at all. If I can order a 5X at 9am tomorrow, I will, but I don’t think that’s happening.

I might go get a Xiaomi Mi4. Play with a weird Chinese phone for 6 months then come and see what’s for sale.

As for no Australian availability – that’s another google screwup. The idea is to be getting BETTER at product launches google, not worse….

maybe it’s better to sell nothing compared to have 5 units available?