Along with new Nexus phones announced this morning Google have also revealed the extensive new features present in Android 6.0, Marshmallow. We have had developer previews of Marshmallow since Google IO so we have had a small taste of what is to come.

With 6.0 Google promise a polished Android experience. There is a new lockscreen, faster access to Voice Action (swipe from the left), a new charging notification including time to full charge and fast/regular charge status and brand new window animations which are now Material.

One feature of Lollipop that many users weren’t fond of was heads up notifications. Google have improved the experience and the notifications are now animated to get your attention without being distracting. This will be difficult as who hasn’t been distracted by a heads up notification while playing a game such as Riptide GP2?

Google have come under fire (from me mostly) for their launcher/home screen. They have improved this with faster scrolling and search although there was no mention of any extra features to be included as most third party launchers include. There is a new intelligent arrangement of frequently-used apps which learns as you use it. Marshmallow brings in depth per app permissions control, something much needed. We saw this in the developer preview of Marshmallow and is very similar to that in many custom roms.

Google have also listened to users and have reduced the preloaded apps. The sceptic side of me says this is related to the investigation in Europe into Google forcing manufacturers of their phones/OS have certain Google apps installed if they wish to use it. Either way, it is a welcome addition (subtraction?) to the Android world as unused apps results in wasted space on your device’s storage.

Google IO brought the announcement of Now On Tap to the masses. Now it is a reality with Android 6.0. Now On Tap “Brings the power of Google search to whatever you’re doing” and promises to give you the right information and apps for what you need in the moment. Now on Tap for restaurants brings up all sorts of useful tools – phone icon to call the restaurant, Yelp to see reviews, a calendar to schedule a booking with your friends among others. Now On Tap improves the more you use it as it learns from your behaviours. 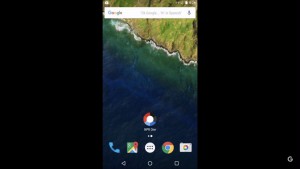 There are new Voice Actions/Interactions as well with the ability to trigger an app and the ability for the app to interact with you. The example Google used was the NPR app. It was triggered using “listen to NPR” to which the MPR app responded with a voice interaction asking the user if they wanted to resume where they were up to. They selection is made using your voice. The Nexus 5X and 6P can both do this while the display is off. The ability for apps to interact with the user opens up a whole new world of opportunities for developers of apps and we are excited to see what they bring to the ecosystem. 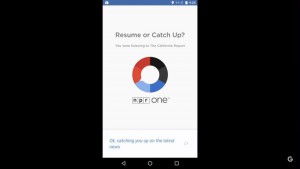 One of the welcome additions to Android 6.0 is Doze. Doze is Android’s new smart power management system. It backs off background activity when motion sensors in the device aren’t being used. With the screen off Google promise 30% longer battery life on the original Nexus 5 and 6. 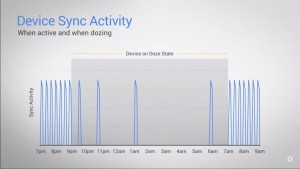 The OTA for Android 6.0 Marshmallow rolls out the week beginning October 3 to most Nexus devices, including Nexus 5,6,7,9 and Nexus Player

What happened to the universal backup of apps and their data? I swear I remember this when they announced M originally but I see no reference to it.

This is the biggest omission from, and the one area where iOS wipes the floor with, Android IMO. Get a new iPhone, restore back up and EVERYTHING is there. Your apps, your data, everything. Unless you root your Android device and use an aftermarket back up app Android is a long way from that level of functionality.

It would seem some of the functionality is available on Android already. When I got my new Moto X Play it asked if I wanted to port over everything from my old phone. I guess that may have come from the moto migrate app but it shows it can be done. It may not have brought over all app data but anything stored in the cloud did come so that would have to be most data.

Having a native option to do this would be good for sure especially if your phone is lost or stolen.