Home Mobiles How I got impatient and ordered my Nexus phones from the US... 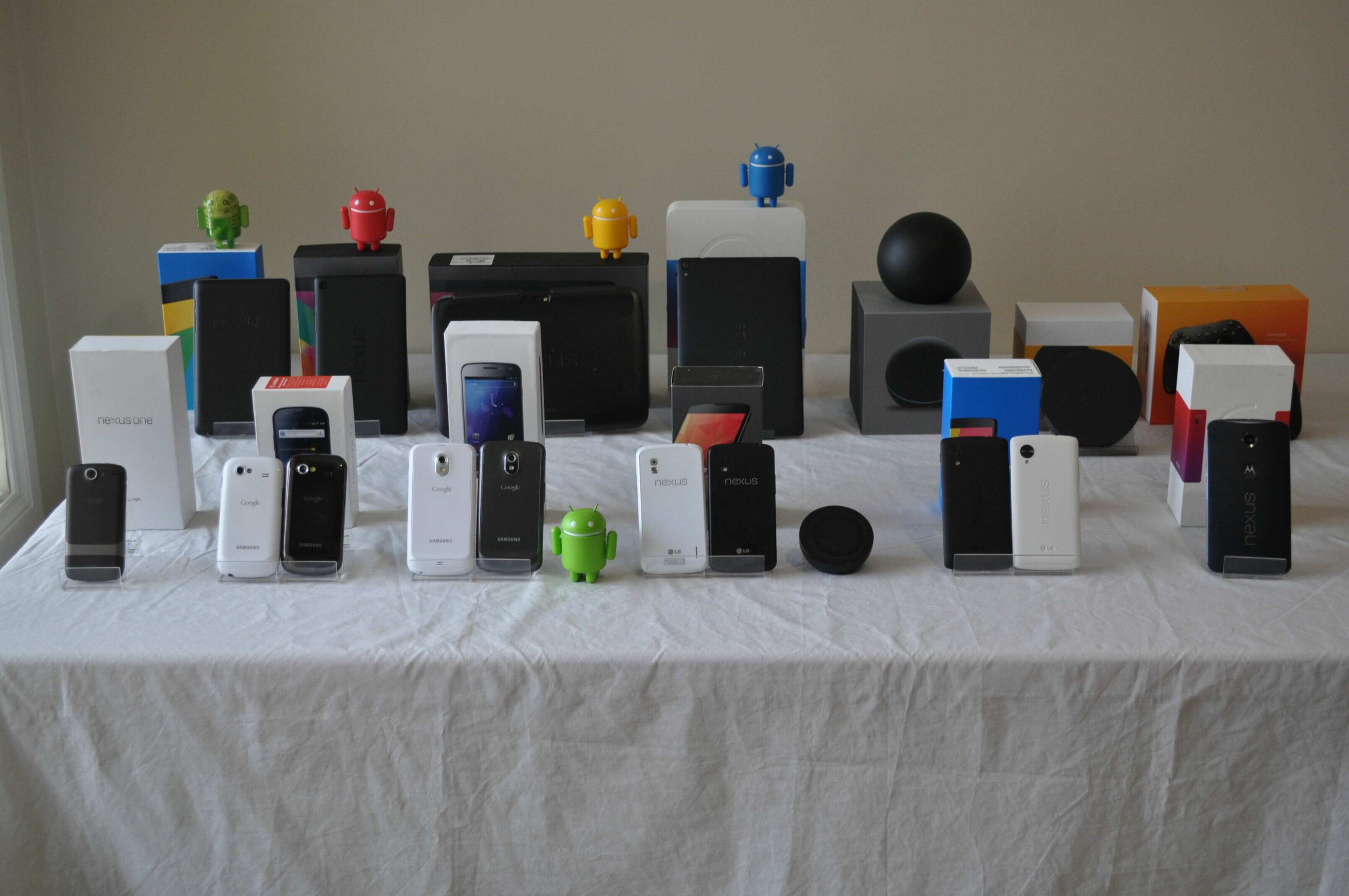 If you’re not familiar with my obsession, I collect Nexus devices, well, I actually collect every piece of hardware that Google puts out. Just take a look above! So anyway, when Google announced the new Nexus phones, as well as Chromecast and Chromecast Audio, I was frustrated that they weren’t available here and wouldn’t be in the near future.

So, I ordered the US versions and I’m shipping them to Australia via a shipping forwarder.

It’s been a few years since we’ve been included in zero-day pre-orders for Nexus phones in Australia, the Nexus 5 was probably the last that I recall. So, I wanted to walk you through the process, looking at pricing, what functionality we might miss out on by using a US Nexus here, and how to order if you’re keen.

The Nexus 5 was also the last time we got a good deal on Nexus phones due to our dollar almost being at parity, well, it was at about $0.95US cents and at the moment it’s about $0.71US cents that’s pretty abysmal in comparison.

This time around, Australia will be paying a premium for Nexus devices, but it’s not profiteering as some people seem to think — there’s a lot that goes into importing the phones, hedging on our weak Aussie dollar, import charges, freight, potential warranty costs. When it comes down to it a number of other countries got screwed way worse – check out Android Police’s global comparison of Nexus pricing for proof and thank your lucky stars you aren’t in Europe.

Pricing is obviously a sore point which has featured in the comments section of our stories on the Nexus 5X and 6P and one quite ‘passionate’ reader has setup a Change.org petition to attempt to get Google to change the pricing – with a massive 40 signatories it’s not going to go far, and frankly I don’t think Google even cares because as above, the price is set based on a number of factors.

We’ve seen a tentative October 19th date for being able to pre-order the Nexus 5X and 6P from the Google Store here in Australia, but I needs them now! So, I ordered my Nexus phones and Chromecasts from Google US – but it wasn’t price that really prompted that, it was just wanting them – and if you want them and don’t really care about all the LTE bands, you can too.

For a start, the 3G/HSPA bands are all compatible with the Australian market, and with our carriers switching off 2G services, they don’t matter hugely (but are supported). The LTE bands for both the Nexus 5X and 6P are listed on the US and Australian Google Store:

That’s what the phones support, so what do our LTE networks use? Let’s take a look:

Note: Optus supports Band 1 in Darwin only, Band 3/28 in areas other than Canberra, and Band 40 in Canberra and some metro areas.

Overall, as you can see, Vodafone customers will be the happiest overall with LTE on the US models, with coverage (and Carrier aggregation) available on Band 3 (1800MHz) and Band 5 (850MHz). Optus and Telstra users will get decent coverage on Band 3 (1800MHz), though it mightn’t be great in regional areas, and if you’re an Optus customer living in Canberra where Optus doesn’t own any 1800MHz spectrum you’re not going to be too happy.

So ordering a device from the US Google store is actually quite easy. You’ll need to have a shipping forwarder for a start, and you’ll need to modify your Google account as well. Around the Ausdroid offices we’ve been fairly consistent ComGateway customers, but there’s others like Shipito, MatesFreights and if you hate yourself, you can use Australia Posts option (no, really DON’T use it). Each of these forwarders will issue you with a unique US address and phone number that you’ll need to modify your Google Wallet account to change your Google account to the US.

There is a limiting factor in all this – Google Play Credit. If you have more than $10 in Google Play credit at any one time you can’t change your location. Unfortunately there’s no way around that, so you either have to use your credit up first, or use a different account.

That’s about it. It takes anywhere from an instant to a day or so for the Google back end to notice you’re a ‘US’ customer and show you the US content on store.google.com but once it does, you can order to your hearts content. When you order just ensure that your shipping address at checkout is pointing towards your shipping forwarder.

To get back to Australia, simply change those three things back to your standard Australian addresses and you’ll be good to go in no time.

Choice of shipping forwarder is up to you. They have different fees and charges and we recommend finding the right one for you.

If you’re really wanting those Nexus phones early and you can live with limited LTE support, then your best bet is purchasing them through the US Google Play Store. The current shipping time for the Nexus 6P and 5X is between 4-5 weeks which puts ship date at the 10th-12th of November. If Google opens Australian pre-orders on the 19th of October you can always cancel your US order, switch back and you’ll be ordering an Australian model in no time.

I have a friend in the states at the moment on holiday so I was thinking of getting her to bring a Nexus 6p 64gb back when she returns, should save about $250 aud on the 64gb one.

A question on the bands, specifically Band 28. These days the LTE radio is basically just all on the one chip, so do they actually have different hardware versions? or is it a firmware/radio thing?

I’m just wondering if you get the USA version, and flash the Asia Pacific or international radio, wouldn’t that activate band 28?

if nobody knows the answer to this, any ideas where I might find the answer?

It’s not able to be enabled by firmware no.

Edit: It’s more to do with the antenna setup than the chip.

Bugger. Thought that might be the case. Thanks anyway… ?

How much would it be for just the new Chromecast vire com gateway?

Not sure, I also ordered an OnHub router as well with that order.

Does anyone know if the Canadian Nexus 6P is the US or global handeset?

So tempted but will probably end up waiting! If they shipping today, might make a different choice but you would think Aussie ordering will start around the same time! How is support if you order it through the US?

Hi, do you need to use a VPN and/or clear your browser cache / history after you’ve changed your addresses on the play store to a US address?

No. VPN not required.

Awesome post… I have been wanting to order it from US via friend but this makes it super easy. ??

I really want the 6P but can’t justify the money at the moment, plus my note 4 is still an awesome phone.

Sorry to digress but Dan I do believe you are missing the red panda edition of the Nexus 5! Which colours did you get to start of with this time? And then… ? 🙂

I KNOW!!!! I grabbed the Aluminium in Nexus 6P and Mint in the 5X

What issues do you have with ShopMate (the Auspost forwarder)? I’ve only used it once to get a One Plus One and they were fine.

As well as over on TechAU http://techau.com.au/review-australia-post-international-parcel-service-shopmate/

What about just a chromecast? Are they region specific in any way? Presumably once you swap the Ac adapter for the USB power you’ll be good to go right?

I also ordered those too. Yes, the only thing you need is an adapter for the plug. No region specific stuff for the actual Chromecast

I’d be interested in your experience there Daniel, setting up and using those new Chromecasts. I really want to order a few by Christmas, either locally, or if Google doesn’t release them in time, from the US.

Let us know when it arrives if the DNS entries in the CC2 are still hard coded..

I’m not sacrificing function over owning a nexus sooner. I’d much rather wait for an international model to become available and order that through someone like Expansys then have the US model.

With my unlimited 3G Data plan on Optus I don’t need LTE, your point is certainly valid for your circumstances.

Got the original $2 per day pre paid I see… Well done to you sir! I have had people asking can they buy that service for premium money. Don’t ever give that number up!

I’ve got the old prepaid social cap which replaced the turbocharge prepaid plan. I’ll never switch, the new daily plans or whatever they are suck so hard.

So what did it end up costing?

What version did you order? so you end up saving some and getting the phone quicker?

Ah ComGateway. They never seem to get much recognition but they are my first and only love.

So how much of a saving is that? Man this could be a gateway for me to splurge on a Pixel… (say, I don’t think you have one of those Daniel!!)

So how much did you spend doing it this way?

Love your work Dan but I gotta say it’s a bit of a fail not putting what it cost you in the main article. Constructive criticism!

Thanks for the feedback, I`ll take it on-board.

It is pretty easy to find the prices for the Nexus phones in the US though, I even linked to Android Polices article listing the prices and it was more a general post on the fact you can not that I spent over $1000USD on phones.

Hah fair call mate, although in fairness regarding what you spent, most of us here would expect nothing less from you 🙂