BuzzFeed is one of those news sites that you either love or hate, but they do have some quality journalists on staff and they do, frequently, have some breaking news before it ends up anywhere else. I’m not sure that I’ve ever been a fan of news stories that are made up entirely of memes or screenshots of tweets, but this is the era we’re living in … and as I say, there are often some good news stories there to be found.

Anyway, BuzzFeed is itself in the news at the moment – kind of – having released the Android version of their News app. This isn’t exactly ‘new’ news, it was launched a few days ago, and we missed it at the time due to other things happening around that time (Nexus stuff), but even in a few short days, the app has been downloaded over 350k times, and users are seemingly getting quite a bit of enjoyment from the app, spending four to five minutes browsing through the news each time they open the app. Push Notifications are built in, and very popular, according to a BuzzFeed spokesperson.

For those who’ve not tried it yet, here’s the pitch:

If you enjoy reading BuzzFeed, or even if you don’t know yet, you can install the app today and try it out. 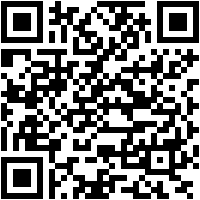