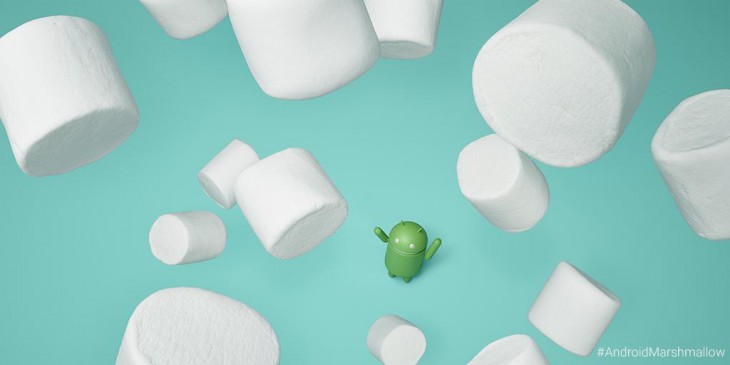 The big rollout of Android 6.0 begins today, with Google advising that Marshmallow is now available for the Nexus 5, Nexus 6, Nexus 7 (2013), Nexus 9 and Nexus Player.

It’s a decent release as far as Factory Images go with Android 6.0.0 (MRA58K) available for all listed devices including the LTE versions of the Nexus 9 and Nexus 7 (2013) on the Factory Images page. Binaries too have been released for the Nexus device listed on the developers page for those who want to start building their own ROMs once the source is available on Google Source.

If you’re interested in flashing the factory image to your device, you should be able to download the image, remove the ‘-w’ from the FlashAll.bat script and that should remove the wipe on the user data.

The rollout via Over-The-Air (OTA) update will begin today, though Google does advise there will be a delay for users with the rollout done in stages and of course possible delays with carriers (Telstra, we’re looking at you):


The Nexus update to Android 6.0 Marshmallow occurs in stages and some carriers will receive the update later than others.

The big push on the Marshmallow feature release is Now On Tap, their new contextual assistant that’s aware of what’s happening on your phone and can help you do certain tasks. Doze, which should increase your battery life by going into a deep sloeep mode when the screen switches off. Individual App Permissions that allow you to deny permission to certain functions for apps. Fingerprint security implementation and a new setup wizard which Google says will even work with your Android TV and Tablet:


On Lollipop, Android made it easier to set up your new phone from your old one, migrating your apps and app data. With Android Marshmallow, you can breeze through setup on your Android TV or tablet too. Say “OK Google, set up my device” from your phone and you’ll quickly be up and running. For TV, we’ll even transfer over your Wi-Fi passwords.

To read even more about features in Marshmallow, head over to the Android.com/marshmallow mini-site.

This might be a really stupid question but does anyone that has the developer preview will have to flash this image to get the full version and not the OTA?

This is my question too. I thought we were supposed to OTA to the final version as well but I am probably wrong. Might wipe tonight anyway, sick of issues with calls and the screen not waking properly. Each M preview update got worse for me so I hope the final version is better!

Yes. The OTA will probably keep your data partition intact. The factory image is meant to be installed with it wiped clean. Apparently the major changes in this version *may* cause issues. I have seen reports of some people ending up having to wipe it. The app permission changes probably caused it.
I am awaiting the OTA……on Telstra 🙁

Any word on pushing root to Marshmallow? All good to unlock and root? I may hold off if it’s not rootable yet. I need to edit the mixer_paths.XML to push that volume over 84db for my headphones

No idea on that front sorry!

Ah. I usually just install without -w and it’s normally fine. Just updated my 2013 N7 and N5 and things seem to be fine, wasn’t sure if using the OTA did ‘something’.

I did the “remove -w” from flashboot thing to update from dev preview to the full release and i’m getting app crashes everywhere. Also messenger had all my messages, and then proceeded to delete them while i was scrolling through my contact list. will probably have to wipe anyway. I suspect Darren Ferguson is right – it’s the permissions. If anyone has a fix let me know!

last monday I got a great McLaren F1 since geting a check for $18350 this last 5 weeks and-a little over, 17-grand lass-month . it’s certainly the coolest job I have ever had . I actually started 10-months ago and practically straight away was bringing in minimum $97 p/h . read the full info here
.tt……………..
>➤➤➤➤➤➤ http://www.DailyFinanceReportz.ml

last monday I got a great McLaren F1 since geting a check for $18350 this last 5 weeks and-a little over, 17-grand lass-month . it’s certainly the coolest job I have ever had . I actually started 10-months ago and practically straight away was bringing in minimum $97 p/h . read the full info here
.tt……………..
>➤➤➤➤➤➤ http://www.DailyFinanceReportz.ml

Waiting for that OTA zip 🙂