Home Mobiles Android Auto Cross the 2017 Porsche 911 off your list if you were looking... 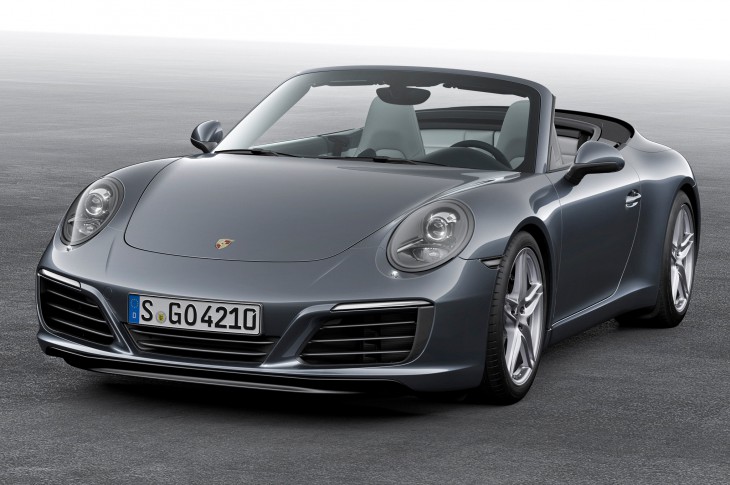 As the list of auto manufacturers offering a dual Apple CarPlay/Android Auto solution in the head unit of their entertainment system, it seems one has dropped of the list with Porsche not offering Android Auto, but will still offer Apple CarPlay and the reason is actually not too terrible.

The reason is the amount of data Google requests from the car that they would then send back to Mountain View. As MotorTrend has found out, Google requests a full ODB2 – the On-board diagnostics output that includes all sorts of information that Porsche says is proprietary. MotorTrend says:

As part of the agreement an automaker would have to enter with Google, certain pieces of data must be collected and mailed back to Mountain View, California. Stuff like vehicle speed, throttle position, coolant and oil temp, engine revs—basically Google wants a complete OBD2 dump whenever someone activates Android Auto. Not kosher, says Porsche. Obviously, this is “off the record,” but Porsche feels info like that is the secret sauce that makes its cars special. Moreover, giving such data to a multi-billion dollar corporation that’s actively building a car, well, that ain’t good, either. Apple, by way of stark contrast, only wants to know if the car is moving while Apple Play is in use.

Volkswagon is the parent company of Porsche and they’ve already launched their own branded vehicles in Australia with Android Auto, as well as the Fabia hatch range from subsidiary Skoda which runs an Android Auto/CarPlay setup. With this in mind, it’s possible that the Porsche could come with Android Auto down the track.

If you’re after Android Auto in a high-end vehicle, there’s still a number of high-end manufacturers listed as part of the Open Automotive Alliance, including Audi, Bentley and Maserati, but then again, there’s nothing like a 911 so we hope Porsche change their minds on this one.

Update:
Via Android Police, Google has responded and advised:

Steering this story straight – we take privacy very seriously and do not collect the data the Motor Trend article claims such as throttle position, oil temp and coolant temp. Users opt in to share information with Android Auto that improves their experience, so the system can be hands-free when in Drive, and provide more accurate navigation through the car’s GPS.

Well speed/gps location are used to create those traffic maps. This is how google works out how busy the road is etc. So sharing this information is bonus for you. They also use the car speed and steering input, so when you enter a tunnel the map continues to update correctly. I’m sure Android auto can have access to a full OBD2 dump. If you remember this was one of the selling features of android auto, the car OEM can create apps that control everything from the climate control to displaying car stats etc. hence why it needs the full… Read more »

Have to say that if it didn’t come with Android Auto, and I wanted it that badly, I’d have it fitted after-market …. and if I could afford a Porsche, I could afford to get the job done well 😉

If I were looking into buying a Porsche 911, having ot not having Android auto wouldn’t be part of my decision making…

You don’t think porsche drivers use android phones? As an owner of 2 porsches and many android phones I find this news a little sad … I can’t say I disagree with porsche on this however … Does seem like a google overreach … Hopefully compromise can be reached

No it’s not that I don’t believe Porsche owners don’t use android phones, I just don’t believe such a trivial thing would divert someone from buying a Porsche.

‘Oh my dream car is a 911 Turbo….oh what it doesn’t run Android Auto? Well then I’ll just get something else’ – please…